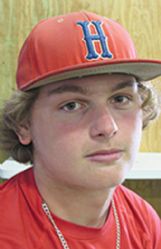 From the first team meeting on, Flake has preached to his players that they are not playing opponents. Rather, they are competing against baseball itself.

"It's kind of been a constant theme that we believe in our abilities and the type of talent we run out there that every time we step on the field we're just playing the game," he said. "We're not playing an opponent. We want to just do the things that win."

That motto has persisted as Heritage (25-7) heads into the Mississippi Association of Independent Schools Class 3A Championship Series against Wayne Academy (21-11) this evening. Game one the best-of-three series will begin at 6 p.m. at Heritage.

The Patriots will turn to junior Blayze Berry to start game one. A utility player by trade, Berry has appeared at shortstop and pitcher this season. He boasts a 1.05 ERA and .885 WHIP on the year.

"Blayze is not just a pitcher or a shortstop, he's a ballplayer," Flake said. "He thinks like a coach on the field. He really studies the game and knows how to attack hitters."

Heritage began its playoff run with a rematch of last season's North State Championship Series with Indianola Academy -- a matchup it lost in 2018. The Patriots avenged last season's defeat, sweeping the Colonels in two games.

"I just told the kids that was a really good opportunity where it ended last year, had a chance to begin there this year and I thought that was really a cool starting point for our run."

If Heritage takes the series it would mark the school's first-ever baseball state title. It is also the program's first appearance in the state finals since 1994.

"It's all relative," Flake said of what a championship would mean. "Once the kids start experiencing success they don't want to settle for anything less. They expect to win and it's just great for the culture."