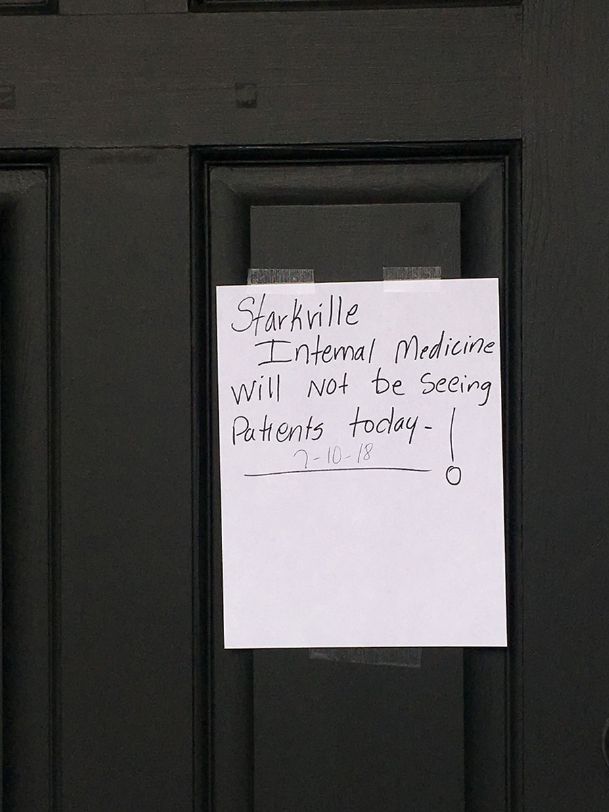 A note posted on Starkville Internal Medicine's door Tuesday notified patients that the clinic was closed. The clinic, which is open again Wednesday, remained closed through the day Tuesday while federal agencies conducted an investigation. Photo by: Alex Holloway/Dispatch Staff 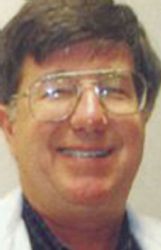 Starkville Internal Medicine is open again on Wednesday after a federal investigation closed the facility on Tuesday.

Starkville Internal Medicine, located across from OCH Regional Medical Center on Brandon Road, was closed at about 10 a.m. Tuesday when investigators from the U.S. Department of Health and Human Services arrived at the clinic.

Details on the investigation itself, and what triggered it, are scarce at the moment. Don White, senior media relations specialist with the Office of the Inspector General for the Department of Health and Human Services, confirmed a search warrant had been executed at the clinic on Tuesday. He said the OIG, HHS, and investigators for the U.S. Food and Drug Administration were involved in executing the warrant.

White said no arrests have been made.

Beyond that, White said he could not offer more information.

"I am not able to go into any more details, but I can tell you that the mission of the OIG is to fight waste, abuse and fraud in the programs of HHS," he said.

OCH officials were aware of the investigation, according to a statement the hospital issued Tuesday afternoon. The property and clinic building are owned by OCH.

Ben Sanford, who is a member of OCH's medical staff in private practice, operates the clinic and leases the property. However, according to the statement, the medical practice at Starkville Internal Medicine is not owned or managed by OCH.

"We regret to hear that Dr. Sanford's practice has been interrupted under unknown circumstances, but the Medical Center and the OCH Medical Staff have policies in place to address situations such as this," OCH CEO Jim Jackson said in the statement. "Dr. Sanford has been a respected part of the local medical community for many years, and we are hopeful that this matter will be resolved in a timely fashion with no findings of wrongdoing."