Possumhaw: All about life and honeybees 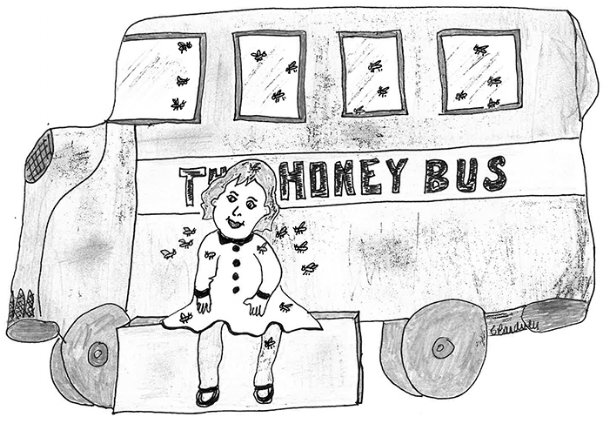 Bees need families; alone a single bee isn't likely to make it through the night.

There's more about honeybees I don't know than I do know. That's a phrase we use a lot here at the Bardwell abode. Not the honeybee part but the what we don't know part. We say that about the stock market, politics, viruses, you name it. But about honeybees I'm learning some fascination information. A few years ago, I learned to like honey. I'd had store-bought honey and found it unimpressive. Then I went to the Columbus-Lowndes Public Library for a talk on honeybees. At the end of the talk tiny cups of honey with a teeny breadstick were passed around called "honey communion." It was so good and so different from store-bought honey I became a believer.

Recently while perusing the books at the same library I came on Meredith May's 2019 memoir "The Honey Bus." The book's jacket said, "Everyone will leave this book with much more knowledge about bees and humanity, and the compassion that lives at the intersection of the two." Inquiring minds...

Meredith shares at five years old her parents split and she was sent from her home in Rhode Island to Carmel-by-the-Sea, California along with her brother and a neurotic, depressed, mother to live with Grandma and Grandpa. Meredith was so distraught about her parent's break-up and missing her dad she literally passed out twice with anxiety. Grandpa was an eccentric and passionate beekeeper. Meredith says, "Who knew a tiny, little understood insect could save a life."

I suspect Grandpa learned a lot about life from those bees himself. With bees one has to be alert, attentive, compassionate, and smart. You have to be able to read moods and sounds, not too different from reading a little girl's broken heart. There're some hilarious parts in the story too. Like Grandma dressing Meredith in what looked like a 1950's outfit from the church's donation closet for her first day of school to the Halloween costume Grandma made from a pair of pantyhose pulled over Meredith's head. Not exactly a way to attract new school friends.

Grandpa said, "You mustn't be afraid around bees. They can sense fear, and it will make them scared too. But if you are calm, they will stay calm...can you imagine how scary it is to be this small in a world that is so big?" Meredith could imagine.

She said, "I liked being this close to creatures that were relentless about their work, natural survivors that avoided self-pity and never gave up. I felt a compulsion to be near bees that I couldn't explain. On a deep level, the bees were teaching me the importance of taking care of myself. I could see, with my very own eyes, that defeat was not a natural way to be, even for insects. The bees showed me that I had a choice how to live. I could collapse under the sadness of losing my parents, or I could keep going."