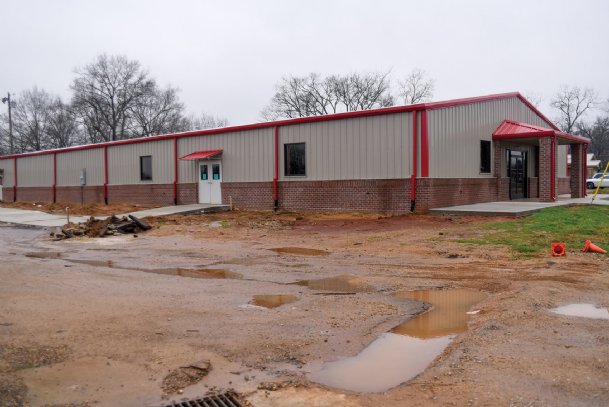 The new Sim Scott Community Center is nearing completion. The 9,000 square foot building will include a senior citizen center. The old community center and senior citizen center were housed in different buildings. Both were destroyed by the Feb. 23, 2019 tornado. Photo by: Deanna Robinson/Dispatch Staff

The Sim Scott Community Center was reduced to rubble when an EF-3 Tornado swept through the area on Feb. 23, 2019. A new center, built on the same location, is nearing completion, paid for by a combination of insurance and FEMA funding.
Photo by: Dispatch file photo 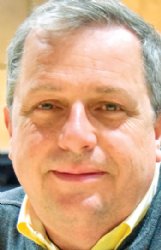 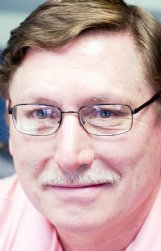 The city of Columbus is close to finishing its work with the Federal Emergency Management Agency after an EF-3 tornado swept through the central part of the city. Today marks the two-year anniversary of the storm.

"We are basically wrapping up all the projects from the storm," said Joe Dillon, who has served as the city's FEMA manager. "The work has been completed, with the exception of the permanent repairs on Plymouth Road and a few punch-list type items at Sim Scott (Community Center). The FEMA payments have been paid for everything except the clean-up at the amphitheater and Riverwalk and the Plymouth Road repairs."

The city will receive a total of $89,640 from FEMA for the clean-up of silt and debris at the Amphitheater/Riverwalk that was flooded during the storm and ensuing rains. Those funds will be remitted when the city provides a clean water certification for the clean-up.

"Basically, what FEMA is wanting from us is proof that we didn't put anything we cleaned up back into the (Tombigbee River)," Dillon said. "We used it as infill for some of the low areas around the Riverwalk. They just want us to provide certification of that, which we are doing."

A payment of $39,097 for repairs to a 10-foot section of Plymouth Road that was washed out during the storm will be provided after FEMA approves an engineering study for the permanent repairs.

The washed-out portion of the road was repaired temporarily in March 2019, and permanent repairs will be made once FEMA approves the required engineering study.

"What FEMA wants in that case is to make sure that when the permanent repairs are made, they'll be able to handle another situation like the one we had during the storm," Dillon said. "They don't want to pay for a repair that won't hold if it should happen again."

When those two payments are made, FEMA will have provided $1,438,337 to the city in disaster reimbursements.

The biggest FEMA funds went to debris removal. Dillon said FEMA provided 75 percent of those costs with MEMA covering 12.5 percent. The city covers the remaining 12. 5 percent, With the total debris cost of $753,623, the city's cost will be $93,202.

Dillon said the other projects aren't to cost the city much because they were covered by insurance policies.

Damages at Sim Scott Park totaled $1,036,438, most of it covered by the city's insurance policy, Dillon said.

"I would say the city has very little cost overall," Dillion said, "We've been careful in how the recovery has been done to make sure everything was done by FEMA guidelines. Their rules are very stringent, but they're very fair, too."

Columbus Light and Water Interim Manager Mike Bernsen said he is awaiting $600,000 from FEMA for damage to the utility company's equipment.

"That was the number (FEMA) gave us, but we haven't received it yet," Bernsen said. "It usually takes a couple of years to get the payment. That's what happened back in 2014 when we had another situation where FEMA provided funds after a storm."

Between the city and Columbus Light and Water, FEMA will send a little more than $2 million for the recovery, but the total amount will be larger after it funds its share of the recovery project for the Columbus Municipal School District property at the Hunt building.

Plans for rebuilding and renovations at the school are still in process for a project estimated to cost between $10 million and $12 million.

"At this point, we don't know how much FEMA will provide," CMSD Board President Jason Spears said. "We're still working on the plans and want to be sure what things are covered by our insurance. FEMA funds come after the insurance payments, so we really don't know that number."