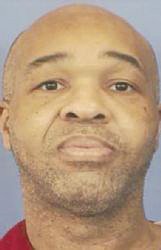 A Lowndes County man who has been on death row more than 20 years is entitled to a new trial, the Mississippi Supreme Court ruled.

Eddie Lee Howard, 67, was twice convicted -- first in 1994 and again in 2000 -- for the 1992 death of Georgia Kemp, 84. Kemp's body was discovered in her burned trailer, and a jury convicted Howard after forensic odontologist Dr. Michael West testified he found bite marks on Kemp's body that matched Howard's teeth.

Since Howard's conviction, the practice of bite mark analysis has come under increasing scrutiny, and the American Board of Forensic Odontology has revised its guidelines prohibiting the use of testimony like West's in criminal trials. That, combined with a lack of DNA and other evidence in the case prompted the majority of justices to vacate Howard's conviction and sentence, court documents say.

The supreme court's opinion, which was issued Thursday, notes that the initial autopsy of Kemp's body did not note any bite marks and that West only found the marks after the body had been buried and then exhumed. Howard also lived near the victim, and apparently told a detective during questioning that "the case was solved" and he "had a temper and that's why this happened."

However, after the Mississippi Innocence Project took on Howard's case and had the evidence tested for DNA, all the DNA evidence found excluded Howard, and there was no such evidence at all on clothing that would have covered the areas of the body where West previously claimed Howard left the marks. Justices said in the majority opinion that a death sentence could not stand on the remaining evidence.

Attorneys with Innocence Project were pleased with the ruling.

"Mr. Howard has been in prison for almost (30) years, almost all of that time on death row, slated to be executed," said Tucker Carrington, one of the attorneys on Howard's case, in a press release issued Thursday. "It's now time to bring this case to an end -- and to close another door on a disastrous era of injustice in this state."

Attorneys with the Mississippi Innocence Project have used DNA evidence to exonerate several defendants after West testified in their trials, including Kennedy Brewer and Levon Brooks, who were convicted of separate murders in Noxubee County in the 1990s.

An attorney from the Mississippi Attorney General's Office, which represented the state in the case, did not return a message from The Dispatch by press time.