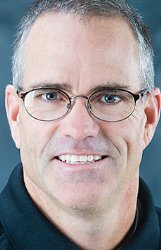 "It's like we're living in the middle of a documentary," said Story, a physician at Mississippi State University's John C. Longest Student Health Center. "You can go to Netflix and watch something about the Spanish Flu. One day, we will have our own documentary. Five years, 10 years or even 50 years from now people will look back on COVID-19 and how we handled it."

Thursday, Story participated in a Facebook Live question-and-answer session hosted by MSU's Institute for the Humanities. Questions came from both the moderator, MSU associate professor of history Julia Osman, and the general public.

During the hour-long session, a viewer asked Story to outline his opinion of what the best- and worst-case scenarios for MSU opening in the fall for in-person classes could look like. The university already announced plans to be open for on-site courses earlier this month.

While trying to be optimistic, Story said the absolute best-case scenario is the virus dies out in the summer and as lockdowns ease, new cases are few and far between. He thinks that scenario isn't likely, though.

"I don't think we'll get to the best-case scenario," he said. "I think the best we'll see is that we maintain our numbers (of new cases) or they decrease slightly."

Should an outbreak occur on Starkville's campus, Story said he and the rest of the clinic feel well-equipped to handle that situation.

"For here, we can handle a significant uptake or increase in patients, especially at the clinic," Story said. "I think the question everyone around the country needs to be asking is when an outbreak does occur, will you have to significantly change what you're doing? There's not a rulebook or playbook that says when we see X number of patients that have it, then you have to do X."

The Starkville campus won't entirely resemble its "normal" operations when it opens in August. Plenty of precautionary measures could be in place, Story said.

"I think when people get here in the fall, we'll see lots of people in masks," he said. "We'll see lots more hand sanitizers around campus and a lot more educational opportunities. The big congregations and gatherings people normally have, I'm sure you'll see some changes to those."

If the spread is going to be contained, Story said students must buy into the protocols installed.

"You have to constantly educate and make people aware of what's going on. ... How can we as a community maintain the civil liberties that we have, but how do we do that where we can live and function and take care of each other?" Story said. "It's got to be a community thing."

Another viewer questioned if MSU (and other institutions) should wait to re-open for in-person classes until a vaccine is available. Story said because of the variety of information about vaccines out there, he doesn't know if the university can wait for the development of a vaccine -- something many scientists have estimated could take more than a year to complete.

"My personal opinion is I don't know that (waiting for a vaccine) can happen realistically from everything I've seen," he said. "There's been some quotes about vaccines that could be available in the fall, and I've seen others that say there will never be a vaccine because it's mutating and changing. I think if we waited for a vaccine to actually come out, I don't know how long we're going to be waiting."