Columbus firefighters respond to calls at Sunflower, Cafe on Main 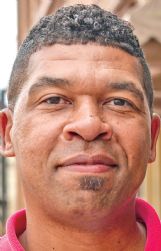 Columbus Fire and Rescue responded to a pair of fires at businesses in Columbus Sunday.

CFR Public Information Officer Anthony Colom said firefighters responded to a call at the Sunflower grocery store at 225 Alabama St. at 9 a.m. A small fire ignited in the ceiling in a restroom and was quicly extinguished. Colom said the fire caused about $1,000 in damage and the store remains open for business.

At 5:30 p.m., firefighters responded to a call at Cafe on Main, located at the intersection of Fifth and Main streets. Colom said the fire originated in an oven in the basement of the restaurant.

"Most of the damage was from the smoke," Colom said, adding he did not have a cost estimate on the fire.

A restaurant employee said the business will be closed today.

No injuries were reported from either fire.