SOCSD board member Lee Brand will step down in July 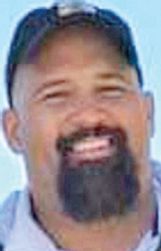 After nearly a decade, Starkville-Oktibbeha Consolidated School District board member Lee Brand is stepping down from his post.

SOCSD Superintendent Eddie Peasant confirmed during Tuesday's regular scheduled board meeting Brand is moving out of state. Brand did not attend the meeting.

Brand, who has previously served as board president, told The Dispatch in a phone interview after the meeting he accepted a job in Cordova, Tennessee, as the vice president of academics and dean of the seminary school at Mid-America Baptist Theological Seminary. For Brand, leaving Starkville for a new opportunity was a hard decision. He has served as the pastor of Beth-el MB Church in Starkville since 2002.

"The best word for me is bittersweet," Brand said. "I've been in Starkville over 20 years, so that part was hard. I love the people. I love being in Starkville. The Lord just directed me and it's a great opportunity. It will be a challenge but I'm looking forward to it."

When school board President John Brown heard Brand was moving, he said the district would be losing a strong leader.

"We are going to have an empty spot without Dr. Brand," Brown said. "I told him he was going to be hard to replace. He's been a friend and mentor because he's been on the board for so long. I can't say enough good things about him. He's just an example a board member should follow. He's focused and he was on (the board) for the right reasons."

The Starkville Board of Aldermen will appoint Brand's replacement. Mayor Lynn Spruill said there are no qualifications other than applicants must be residents of Starkville. She added interested applicants can submit letters of interest to the city clerk's office.

"We will be authorizing that advertisement Tuesday night," Spruill said. "We are just giving an opportunity for people to submit letters of interest to the city. ... Clearly, someone who as a history of being an advocate of public schools will get a good look."

Spruill said aldermen would likely try to appoint a new board member by mid-July.

Peasant said Brand has served the district well in his tenure.

"He's been a staple on this school board for nine years and has served the district and the students of this district really well," Peasant said. "He's been an advocate for the children and we appreciate his service to our community and school district."

Brown added he's excited about the opportunity Brand has been given but said he is sad to lose a board member and friend of Brand's caliber.

"I really hated hearing it, because he is just a good man all the way around," Brown said. "He would help you anyway he could. He did what he could for the students and always put the students first."

Brand's last board meeting with SOCSD will be for its July regular board meeting. He added he plans to move to Tennessee to start his new job in late July.

"I'm glad to have had the opportunity to serve the children of that district and the families," Brand said. "I tried to work as a board member to help push forward our district as a whole. I always loved Starkville and the people there really embraced me. It was a lot of fun and I appreciate the opportunity of being among the people."