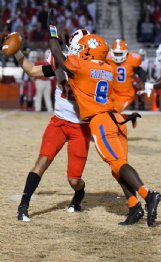 With Mississippi State offer in hand, Terian Williams II could be next in line for a small 2022 Bulldog defensive back class

CALEDONIA -- Caledonia High School volleyball coach Samantha Brooks knows there's pressure -- some of it from her -- for her team to keep up the momentum after a historic season last fall.

STARKVILLE -- Four Mississippi State football players have tested positive for COVID-19 according to a university spokesperson.

Following a night in which Mississippi State juniors Jordan Westburg and Justin Foscue and Bulldog signee Austin Hendrick were selected in the 2020 MLB Draft, two more players associated with the program were taken on the event's second night.

Around 130 players have signed up to play competitive soccer with Columbus United beginning this fall. Thursday's tryout was the first step in that process. 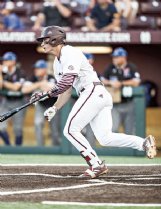 STARKVILLE -- After tying a program record with 11 players selected in the 2019 MLB Draft, the next wave of Mississippi State players will become pros as soon as Wednesday night.

While Strong still has a national title to defend alongside fellow MSU commit cornerback Cortez Eatmon and Oregon defensive back pledge Jadarrius Perkins before arriving in Starkville, the class of 2021 commit should offer the Bulldogs an instant-impact performer once on campus. 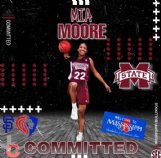 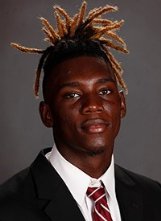 Helping Jones College to a 7-3 record and an appearance in the MACJC playoffs for the third consecutive year, the hulking Buys already has a year of college football under his belt at Jones College.

Shaw started on the pole of the Late Model feature in Saturday's weekly racing series event at The Mag, led every lap and cruised to a second straight victory in his red and black 1S car.

Now assistants on Nikki McCray-Penson's staff, both coaches can trace their basketball origins back to Indiana.

Tryouts for 2020-2021 competitive level soccer teams are open to all interested players ages 8-17, and there is no charge

Heritage Academy, Starkville Academy, Caledonia and Hebron Christian are among the local schools that have begun workouts for the fall season. Each program is still getting used to the new conditions as a result of the COVID-19 pandemic.

STARKVILLE -- Nikki McCray-Penson is rounding out her inaugural roster at Mississippi State. 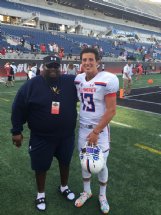 In a year where COVID-19 has brought a startling halt to sports worldwide, those involved in the contest recognize the impact cancellations will have on players from the Magnolia State. 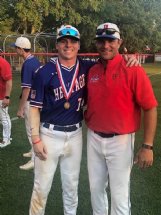 Ball takes over from Justin Flake a program that won the 2019 MAIS Class AAA championship. The Patriots also hired new head coaches for softball and volleyball.