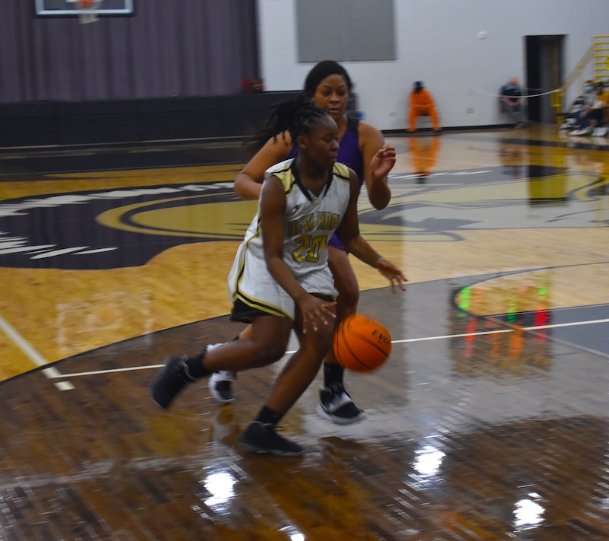 In the first round of the MHSAA Class 5A playoffs, the Trojans went 6 of 13 from the charity stripe in a 46-32 defeat at home.

"That's what we talked about before the game," New Hope coach Nick Christy said. "We probably knew we were going to get some free throws, because they're an aggressive team. We knew we couldn't turn the basketball over. They didn't do anything out of the ordinary from what we saw on film, we just had some execution errors."

"The season has been like no other," Christy said. "From everything from COVID, to the uncertainty of it all ... This season has definitely been one I want to forget because of the challenges that came with it, but I'm very grateful for the girls. They adapted and realized they had to roll with the punches so I'm very appreciative of how they handled adversity."

Monday marked the end of the high school careers of New Hope seniors Anna Prince and Reed McGlothin, both of whom were three-year starters.

"They came up through the system playing in our middle school and played a lot of minutes," Christy said. "It's going to be some big shoes for our underclassmen to fill on the offensive and defensive ends. They'll definitely be missed."

While not wanting to make excuses for the result, Christy said the changes to the playoff schedule added to the stress of pregame preparation. Originally scheduled to be played early last week, the contest had to be pushed back nearly a full week because of the recent winter storm that made travel incredibly difficult.

"You went from thinking you're going to play and getting ready, to pushing it to Tuesday, then Wednesday," Christy said. "Then we think we're going to play Saturday, but they're on the other side of the state, so it moves to Monday. We only had a couple days of practice, so I guess it was the icing on the cake to the 2020 season."