'This game will bring you to your knees so fast': How a dismal summer in Maryland shaped Mississippi State's Tanner Allen 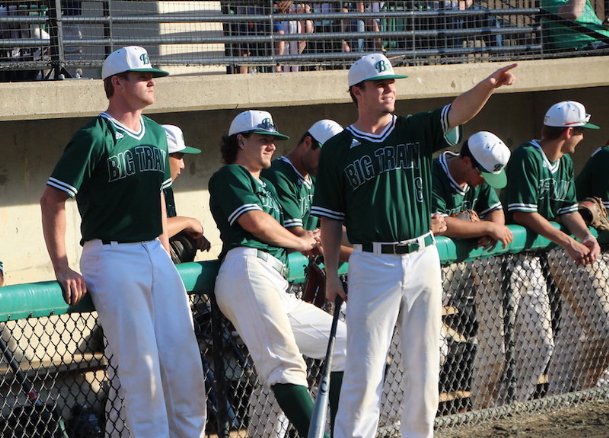 Tanner Allen (8) struggled initially in his time as a member of the Bethesda Big Train of the Cal Ripken Collegiate Baseball League. But a late-season streak gave him a semblance of confidence heading into his first fall at Mississippi State. Photo by: Nicole K. Kittay

STARKVILLE -- Tanner Allen sits behind a webcam in the underbelly of Dudy Noble Field far different than how he began his Mississippi State career. Patches of an incoming beard riddle his cheekbones and coat his chin. His hair is matted a touch, though that's more a product of his continuous ball cap-wearing ways than age.

There's a level of maturity in his voice when he speaks on expectations for the 2021 campaign and the lack of closure MSU felt after sweeping No. 4 Texas Tech in Biloxi before the COVID-19 pandemic brought the entire world to a halt last spring.

Now returning for a season he was never supposed to be in Starkville for, he's a part of a trio of talented fourth-year juniors, alongside Rowdey Jordan and Josh Hatcher, tasked with guiding MSU to a third straight trip to the College World Series.

But this isn't a story about present success or prognostications on the season to come.

Rather, it's about past failure. Incessant failure. The kind of failure that melts most and strengthens few.

During the summer of 2017, Allen was a baby-faced former high school quarterback who'd flipped his commitment from LSU to MSU. Mere months before his career in Starkville would begin, he was drafted by the defending World Series champion Chicago Cubs. His gift? Being sent to Maryland for a summer in the Cal Ripken Collegiate Baseball League as a member of the Bethesda Big Train.

"This game will bring you to your knees so fast," Allen said during MSU media day on Feb. 3. "It's a very humbling game. Once you think you've got it figured out, you realize you don't have it figured out."

Not every player Sal Colangelo coaches is drafted into professional ball. Hell, most aren't. But those that do -- 186 players to be exact -- paint a stunning portrait of a coach and program that's bred major-league talent for more than two decades.

A former football and baseball player at Virginia Tech in the early 1990s, Colangelo works as the director of student activities at C.D. Hylton High School in Woodbridge, Virginia, during the school year. But it's in the summers while serving as the Big Train's manager that he's become a local legend.

Allen was the latest and, coincidentally, most recent MSU import to spend a summer in Maryland.

Perched in the press box behind home plate ahead of the CRCBL's opening day in early June, team interns looked on with wonder at that summer's squad. I was one of them.

There were local products from Maryland, UMBC, VCU and James Madison. Some had come as far as California, due in part to Colangelo's relationship with coaches on the West Coast.

And then there was Allen, just a few weeks removed from his high school graduation.

Starting the first four games of his Big Train career, he had a smooth stroke, but inconsistent contact failed him. A 1-for-4 debut was followed by a 2-for-4 encore that included a triple and a run. Then the bottom fell out.

Allen recorded just three hits in his next 21 appearances. His batting average bottomed out at .104 with a season-low slugging percentage of .146. He was moved from starter to utility man to pinch-hitter.

For the first time in his young life, Allen couldn't figure baseball out.

"Here's a kid right out of high school and he gets in the lineup that day, in his mind he's thinking, 'I gotta get two, three hits so I can stay in the lineup,'" former Big Train hitting coach Mario Porto said. "And that's hard. That's a lot of pressure to put on yourself."

Frustrated with his lack of playing time and his evolving slump, Allen and Colangelo met beyond second base following a game early that summer for a heart-to-heart. Allen explained his angst. Colangelo expressed understanding but stood firm. If Allen carried himself with pride and continued on a steady path, Colangelo assured, he would play.

"I would be so mad after a game not playing," Allen conceded. "I would stay at the field all night long, hitting. When I get my opportunity, I'm about to show everybody."

"And sure enough," Colangelo told The Dispatch last week, "I'll be damned if he did it."

As Colangelo headed toward the exit at Shirley Povich Field, the deafening silence of the midsummer Maryland night was emphatically broken by the cracking of wood against leather.

Colangelo quipped he had to turn the lights off to force Allen and his teammates to leave some nights. Allen's host mom for the summer, Becky Crowley, who also hosted Renfroe and a slew of other MSU players over the years, said she barely saw Allen most evenings because he was always in the cages late.

"After the games you say hi, right?" Crowley explained. "I can't tell you how many times he would say hi, and then he talked to whoever he was talking to to say, 'Come on, let's go to the batting cages.'"

Like any gathering that summer, Allen was the youngest of the late-night bunch. Semones, then a sophomore at James Madison, was the closest in age, while Esposito and Outman were upperclassmen at the time.

In Semones, Allen found an equal. The pair lived together at Crowley's but spent a chunk of the summer at Semones' actual home in Woodbridge.

Off-field camaraderie aside, Allen's 3-for-38 slump allowed doubt to fester. He'd been relegated to the bench as his struggles persisted. Pinch-hit opportunities came and went. A handful of starts were shuffled into the mix as the Big Train rode out to a 31-9 mark and a No. 4 national ranking by Collegiate Summer Baseball, but Allen was, at best, a small part of that.

Rather than pout, though, he kept his promise to Colangelo. Late into the night or hours before first pitch, Allen continuously roped baseballs into the net beside Shirley Povich Field.

"The one thing about Tanner (is) he will adapt to (the pitching)," Kevin Raley, Allen's high school coach at UMS-Wright Prep, said at the time. "He may start out there a little slow, but I'm telling you it won't be long before you're going to start seeing the reason Mississippi State signed him."

Leaning up against the red brick of the home plate grandstand early that summer, Allen and I traded words. No more than two years apart, I'd just completed my sophomore year of college before spending May, June and July as a writing intern with the Big Train.

We'd met pregame for a brief interview on his high school career and how his time as a quarterback helped him on the diamond. Allen, then just 19 years old, was days removed from being selected by the Chicago Cubs with the last pick of the 36th round in the 2017 MLB draft.

"It's truly humbling being drafted by the defending champs," he said when asked whether he'd forgo college. "And again it's such an honor to be selected in the MLB draft out of high school, and I look forward to going to school, putting some work in and hopefully be able to get drafted again."

Allen capped his time in Bethesda as a minor part of the Big Train's eighth CRCBL championship team. A small streak in which he notched hits in three straight games during the final week of the season gave him a semblance of confidence as he springboarded toward his first fall at MSU.

"I felt like I was almost a sophomore," he said of arriving in Starkville. "I had a full summer of playing college baseball."

Following his time with the Big Train, Allen found an immediate slot in the 2018 lineup, hitting .287 in 68 starts while helping MSU to the College World Series. The Alabama native upped the ante as a sophomore, bumping his average to .349 with seven home runs, 23 doubles and 66 RBIs.

In a normal year, Allen would be off playing minor-league ball in some remote outpost of the United States this spring. But with COVID-19, a wrist injury and the MLB draft shrinking from its usual 40 rounds to just five, he's back in Starkville with a chance at a third career College World Series appearance.

Allen looks back on his time in Bethesda with fond memories despite an otherwise forgetful few months on the diamond. He and Semones still keep in touch in passing. Porto and Colangelo also keep tabs on Allen.

Speaking with reporters in recent weeks, Allen noted how he's seen freshmen mimic his post-practice hitting routines in the batting cages below Dudy Noble Field. Having put on 10 pounds of muscle since his time in Bethesda, he's no longer the wide-eyed, free-swinging kid he once was. Now, he's older, bearded and a known commodity whom MLB scouts are clambering to watch.

"The way you separate yourself is working smart," Allen said. "That's what I learned in Maryland that summer. I'm gonna be the guy who puts in the extra work."