Analysis: Three matchups to watch as Mississippi State takes on No. 6 LSU 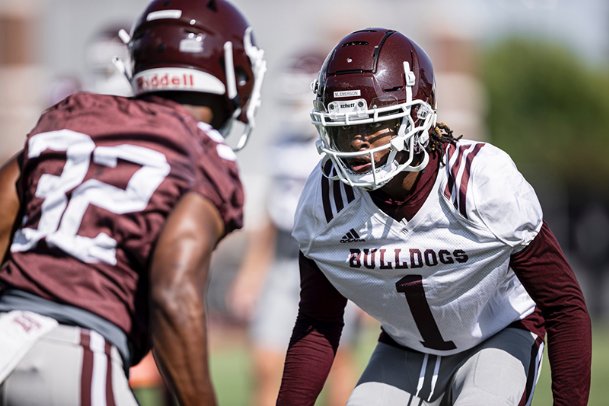 Following an offseason that felt as long as my 24 years on earth, MSU is finally set to play football against defending national champion and No. 6-ranked LSU in Baton Rouge on Saturday. With that, here's a look at the prime matchups to watch when the Bulldogs and Tigers take the field on at 2:30 p.m. on CBS.

Myles Brennan better tie his football belt tight should he hope to avoid a Joe Burrow-esque mooning at the hands of the MSU defensive line. I digress, but this is a new year for LSU and one that saw 14 players from last season's national title team selected in the 2019 NFL draft.

Most notably, it will be Brennan, a Mississippi native, tasked with overhauling an LSU offense that lost a Heisman winner in Burrow and passing game coordinator Joe Brady, now with the Carolina Panthers.

A season ago, Burrow finished second in the nation in passing yards behind only Washington State quarterback Anthony Gordon. Brennan likely won't be expected to equal or surpass Burrow's herculean efforts, but the Tigers should still air things out plenty Saturday in an offense that must replace two starting receivers and a tight end.

Enter MSU's secondary. Of the 23 players listed on the Bulldogs' defensive two-deep Monday, 12 were freshman or sophomores. That issue is magnified in the secondary, where seven underclassmen appear.

MSU defensive coordinator Zach Arnett has been frank throughout camp that his defense is not where he wants it to be. With starters like Londyn Craft and Esaias Furdge at strong safety and cornerback, respectively, that's likely to remain the case for the time being.

That said, playmaking will likely fall on sophomore cornerback Martin Emerson and junior safety and West Point product Marcus Murphy, among others. More vocal than he was a season ago, Emerson has noticeably taken charge of the youthful MSU secondary after appearing in all 13 games last year.

"Coming in, I know I'm a young guy, but I can't really think like that because I'm one of the more experienced guys on the back end," Emerson said Tuesday night. "I want to be a vocal leader and lead by example. Show everybody the way and the Bulldog mindset."

I'm not using hyperbole when I say Derek Stingley Jr. would've been a first-round pick in the NFL draft if he had been eligible after his freshman year. He's that good.

Now facing an MSU receiving corps and passing attack that will test him and the rest of the LSU defensive backfield, it should be telling where Stingley lines up snap to snap.

MSU's receivers are deep but unproven. Senior Osirus Mitchell is the Bulldogs' leading returning receiver but fell behind Alabama Tyrell Shavers on the depth chart. Shavers, a former top-100 recruit in the class of 2017, is unproven in his own right after spending the bulk of his time with the Crimson Tide on special teams.

Malik Heath was an Under Armour All-American coming out of high school but had to spend two years at Copiah-Lincoln Community College before finally arriving in Starkville. Coaches have been high on his play through camp, but he has yet to suit up at the FBS level.

Senior JaVonta Payton has also received rave reviews this fall as a speedster out of the slot, though he recorded just nine passes for 147 yards a season ago.

Stingley spent most of his time in 2019 on one side opposite Kristian Fulton, but given he's as talented as he is coupled with a new defensive coordinator in Bo Pelini, there's a good chance he moves around the formation.

Mike Leach vs. the run game

Ok, this isn't exactly an MSU versus LSU matchup, but it bears merit.

It goes without saying junior running back and Columbus native Kylin Hill will have less than the 242 carries and 1,350 rushing yards he totaled last season in Leach's air raid offense. How much less remains to be seen.

During Leach's eight-year tenure in Pullman, the Cougars finished dead last in the FBS in rush attempts seven times and never finished higher than fifth-lowest in the nation. Most recently, the four Washington State players that received touches a season ago combined for 210 carries -- the lowest total touches of any Leach-coached Cougar team.

This isn't to say Hill won't be involved. Washington State running back Max Borghi led the team with 86 receptions in 2019 and its expected Hill should play a similar role.

"In a way this system couldn't have been better for him from the outside looking in, before I came here," senior quarterback K.J. Costello said. "I'm a football nerd, but he kind of reminds me of Jamaal Charles. Any running back can work on catching the ball. It might take someone four years to make the progress that he can make this year because of the amount of reps he's getting."