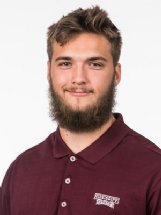 After starting four games in 10 appearances a season ago while throwing for 14 touchdowns, Shrader is now working as a slot receiver, according to head coach Mike Leach, after being supplanted as the No. 2 quarterback by freshman Will Rogers.

Shrader, who came to MSU rated the No. 7 dual-threat quarterback in the 2019 class according to the 247 Sports composite rankings, saw his presence most felt as a runner last year. From his helicopter-like flight against Kansas State to the 587 rush yards he accounted for, he worked best as a dual-threat in former coach Joe Moorhead's RPO-based offense. Now under the guidance of Leach and his air raid offense, Shrader's passing limitations were magnified in camp after he completed just 57.5 percent of his 153 pass attempts last year.

"The biggest thing is just getting him tuned in," Leach said of Shrader's flip to receiver. "I think he's got to get in shape because there's a different type of shape in playing quarterback than receiver where you do all the running. But no, he's looked impressive. He's got a sense of space and routes, and he's tough to bring down."

For Rogers, he's earned wide acclaim throughout the fall for his ability to step in and compete immediately. Having been recruited by Leach's staff at Washington State and coming from the same Brandon High School program that bred Cougar great Gardner Minshew, there was already a familiarity between Rogers and the new staff.

"He's a really talented guy so you hate to leave his talent on the shelf," Leach said of Shrader. "Those other quarterbacks, they don't have some of the gifts that Garrett does and so the idea of moving them to another position, I mean that's not really very doable. Their next position, some of them, is probably coach."