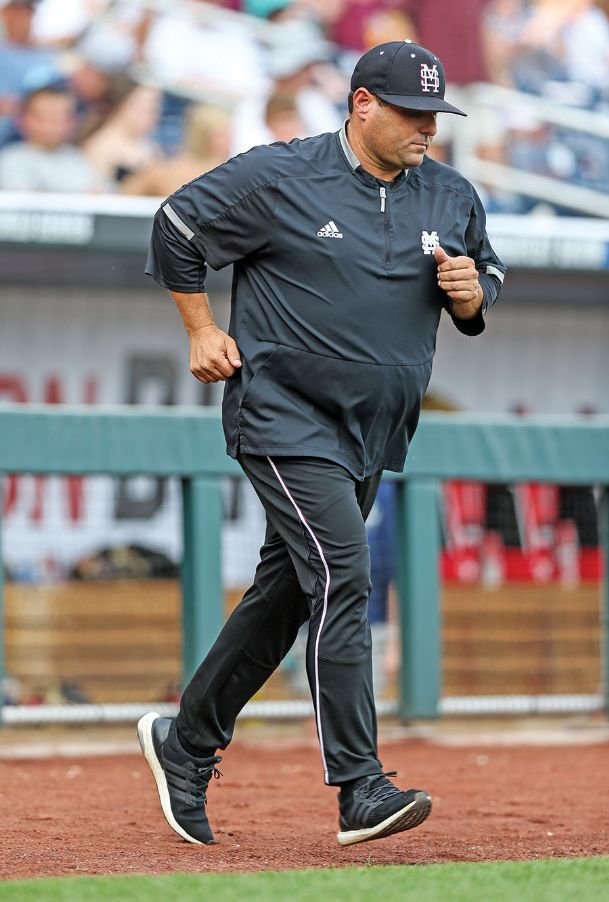 STARKVILLE -- Chris Lemonis has had ample time to work on his swing, though not on a baseball diamond.

After Mississippi State's season fell victim to the COVID-19 pandemic after the Bulldogs swept a two-game set off then-No. 4 Texas Tech, Lemonis has spent much of his offseason on the golf course alongside assistant coach Jake Gautreau.

"I shot an 81 yesterday," he said through an ear-to-ear grin on Tuesday night's Virtual Road Dawgs Tour episode. "That's my highest ever."

While Lemonis' golf game has assuredly improved since the nation shut down in mid-March, the second-year head coach took the time Tuesday to discuss the final hours of MSU's 2020 season and the shock surrounding the squad when they were alerted to the state of affairs around the world.

Strolling through the underbelly of MGM Park in Biloxi following MSU's 3-2 win over Texas Tech on March 11 as droves of Bulldogs fans spilled out of the ballpark, Lemonis was alerted by a media relations staffer that the NBA had suspended its upcoming games. Upon returning to Starkville, the squad was told it would play Arkansas that coming weekend with no fans in the stands -- a series that never occurred.

"We went inside there in the clubhouse in Biloxi and let the guys shower and then we had to have a team meeting and talked about what happened," Lemonis said. "Man those next couple days were a blur."

Beyond reflecting on last season's end, Lemonis explained how the coaching staff has attacked the recruiting trail in recent months. As youth baseball tournaments have persisted nationwide despite the ongoing pandemic, the MSU baseball staff has spent countless hours watching games through live broadcasts nationwide in an attempt to maintain the usual flow of summer recruiting season.

Given that persistence, Lemonis quipped scholarship offers have occurred through cyberspace rather than in-person during the pandemic.

"It's crazy out there in the world that we're in, our kids are out there playing ball everywhere," he said. "Not just our kids in our program but recruits. We've signed kids over the computer over this time frame."

Now heading into his third season in Starkville after a four year run at Indiana, Lemonis also sang the praises of the recent facility upgrades to Dudy Noble Field that have endured in recent years. Having undergone an over $60 million renovation ahead of the 2018 season, new memories have quickly been formed in the age-old ball park. Among them, Lemonis offered a glowing recap of last season's Super Regional victory over Stanford.

Reflecting on a surreal ninth inning, he raved on a frame in which Southeastern Conference all-time hits leader Jake Mangum slapped one final single onto the playing surface, before senior Elijah MacNamee spent his final at-bat belting a home run deep into the Starkville night as the MSU faithful roared in approval.

"All the kids know about (Dudy Noble) now," Lemonis said. "We get people who come through Starkville all the time, 'Hey we just want to come by and see the facility.' I just got an email this morning from a family, 'Hey can we come get a tour.' It's a very special place."

Past history aside, Lemonis has since shifted his optimism toward next season -- one in which the Bulldogs return the bulk of their 2020 roster aside from first round picks Jordan Westburg, Justin Foscue and second round selection JT Ginn.

While Ginn is the lone loss on the pitcher's mound, next year's staff projects as one of the more prolific bunches in school history as weekend starters Christian MacLeod and Eric Cerantola return. Sophomore Brandon Smith -- who missed last season after undergoing Tommy John surgery -- was also slated to be a weekend starter last year and will be back in the fold next spring. Other talented arms remaining in Starkville include seniors Spencer Price and Riley Self in addition to newcomers Mikey Tepper and Jackson Fristoe.

"We'll be throwing out guys who (could've) turned down a million dollars in last month's draft," Lemonis said.