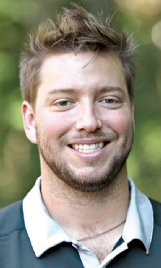 STARKVILLE -- And so another week of postponements, new scheduling models and, ultimately, few decisions actually being made has come to pass.

Given the times we're living in coupled with a 24-hour news cycle, there's seemingly a new subplot or storyline being added by the hour. Despite that, Mississippi State's 2020 football schedule has remained largely in-tact, save for its Nov. 21 game against Alabama A&M (I'll get to this in a minute).

And while no sweeping decisions have been made publicly on fall sports, general start dates and potential bowl ramifications, expect the wheels to start turning dramatically this week. LSU Athletic Director Scott Woodward noted last week that Southeastern Conference presidents and chancellors will be meeting this coming week to discuss football season in depth.

With the SWAC now officially moving it's season to the fall, what happens to MSU's scheduled game against Alabama A&M?

The first domino to fall on MSU's schedule came last Monday as the Southwestern Athletic Conference -- home to Nov. 21 opponent Alabama A&M -- officially announced it would be moving football to the spring.

New Mexico Gov. Michelle Lujan Grisham also sent a letter to leadership at UNM and New Mexico State asking the schools to suspend contact sports, including football, this fall according to a report from Geoff Grammer of the Albuquerque Journal. MSU is slated to play New Mexico in its season opener on Sept. 5.

I wrote about this a couple weeks back as a hypothetical, but administrators in Starkville will now have to deal with the ramifications of other conference's canceled or delayed seasons.

The simplest solution is to lose the game, or games should New Mexico delay its season, and go on with the other 10-11 games currently still on the schedule. However, as Ross Dellenger and Pat Forde of Sports Illustrated reported on July 15, the SEC is hellbent on maintaining its nonconference games -- particularly the 13 contests against Power Five competition.

With that in mind, the most likely scenario of all of this is MSU and the rest of the conference drop to an eight-plus-one format in which teams would play their conference schedules and one nonconference game. Other options could include adding another two conference games and cutting nonconference competition entirely. Everything is on the table at the moment.

Granted this is all contingent on players actually being safe in their participation under the current COVID-19 pandemic, but with one game already canceled and another potentially ready to fall in the coming days and weeks, don't expect MSU to be filling it's suddenly narrowing slate.

If the SEC goes conference only in 2020, what are MSU's prospects?

Now that we've addressed doomsday, let's say football is actually played this fall and MSU goes into an eight-plus-one format. In this situation, the Bulldogs maintain their eight conference games and keep the contest now scheduled for Sept. 12 against North Carolina State on the docket.

Granted it's still late July and first-year coach Mike Leach has hardly had a chance to get a cup of coffee with his new roster in person, let alone make any major personnel decisions, but if MSU does lose games against Alabama A&M, New Mexico and possibly Tulane (though there's no indication this is happening at the moment) the Bulldogs' ceiling quickly drops from eight or nine wins to around five or six.

N.C. State was a dismal 4-8 a season ago as injuries decimated this roster. But according to The Athletic, the Wolfpack return at least 52 percent production in pass yards, rush yards, receiving yards, offensive line starts, tackles, tackles for a loss, sacks and interceptions -- offering optimism in Raleigh that this year's squad should be improved.

Games against Arkansas, Missouri and Kentucky ultimately become must-wins in this new format. So too does the Egg Bowl -- though given the 2019 edition, nothing short of divine intervention would be surprising when Ole Miss and MSU meet this fall.

It's fair to assume MSU drops games to Alabama, LSU, Auburn and -- stop me if you've heard this before -- trendy- conference champion pick Texas A&M. Think this is the year the Bulldogs take down the Crimson Tide in Tuscaloosa or the Tigers in Baton Rouge? May I alert you to Leach's 1-7 record against Washington in the Apple Cup coupled with the stark transition from Joe Moorhead's RPO-based attack to the air raid that it would be nothing short of stunning if MSU pulls off any major upsets this fall.

If the Bulldogs win the games they should, their staring at an impressive 5-4 season under less than ideal conditions. That said, given the aforementioned offensive transition that would all but assure growing pains in a non-pandemic affected year, games against Kentucky, Missouri and Ole Miss are far from assured victories.

Should the Bulldogs stumble out of the gate against N.C. State, it's likely they head into their final three games against Ole Miss, Missouri and Kentucky with just a single win and it could get worse from there.

MSU was probably slated for a 6-6 or 7-5 season under normal circumstances. Now, they could fall anywhere from 1-8 to 6-3. Buckle up, this year's going to get wild.

Like most of you, I've spent the majority of my down time during this pandemic binge watching movies and varying streaming entities. Here's a list of my favorite flicks I've watched since quarantine began that I hadn't previously seen: