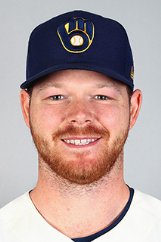 After taking months off due to the COVID-19 pandemic, Major League Baseball saw its highly-anticipated opening weekend come and go last week. Several Mississippi State baseball alumni played prominent roles for various teams throughout the sport over the weekend.

Mitch Moreland only had one hit this weekend for the Boston Red Sox, but it was a big one. The powerful first baseman cranked a solo home run against the Baltimore Orioles Saturday, albeit in a 7-2 losing effort.

Pittsburgh Pirates infielder Adam Frazier went 2-for-11 and drew a walk in a three-game set with the Cardinals.

On Saturday, Jonathan Holder pitched 1 and 1/3 innings of relief for the New York Yankees while striking out a batter.