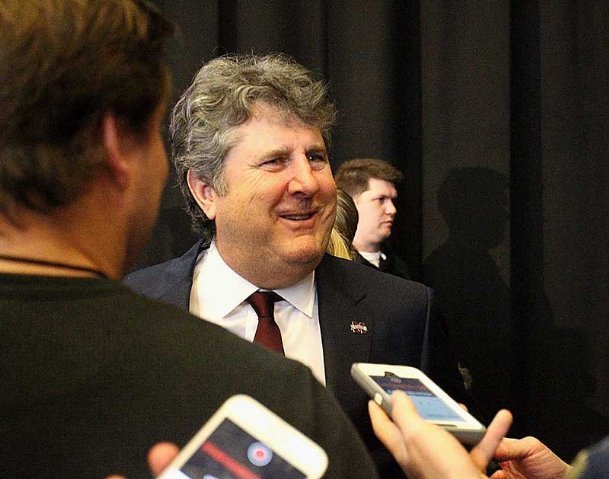 Mike Leach will be 69 years old when the Bulldogs take on the Cougars in 2030. Photo by: Jim Lytle/Dispatch file photo

STARKVILLE -- Mike Leach is returning to Pullman. Sort of.

Sources confirmed to The Dispatch Wednesday that Mississippi State and Washington State -- Leach's former employer -- have agreed to a home-and-home series for the 2030 and 2031 seasons. An official announcement was made later Wednesday afternoon.

"We're thrilled to add another home-and-home series against a quality opponent and institution like Washington State to our future schedules," MSU Athletic Director John Cohen said in a news release. "These will be the first-ever meetings between the two programs and should be an exciting opportunity and experience for our student-athletes and fans."

During his eight seasons at Washington State, Leach compiled a 55-47 record, including an 11-win season during the 2018 campaign. He also took the Cougars to six bowl games over that span.

The last Pac-12 opponent to visit Starkville was Oregon in 2003. The Ducks defeated the Bulldogs at Davis Wade Stadium 42-34 en route to an 8-5 season.