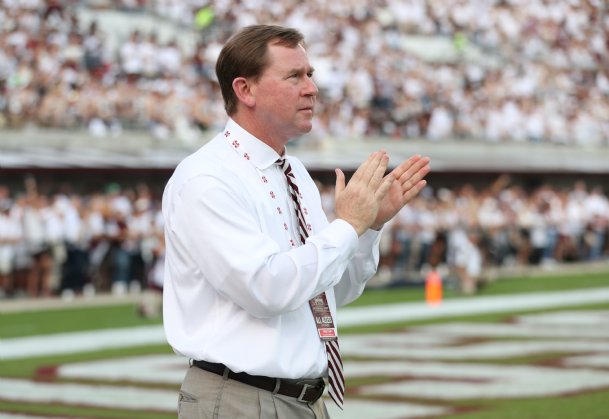 STARKVILLE -- Four Mississippi State football players have tested positive for COVID-19 according to a university spokesperson.

Per MSU policy, those players that tested positive will be quarantined for 14 days -- a period that began the day they tested positive. Those involved will be able to return to workouts once the 14-day period has passed.

The MSU football team began voluntary in-person workouts on Monday as coach Mike Leach and his staff begin their first season at the helm in Starkville.

According to the report from 247Sports, the players that tested positive were asymptomatic.

MSU Athletic Director John Cohen previously disclosed to The Dispatch that Senior Associate Athletic Director of Sports Medicine & Performance Mary McClendon has overseen the development of a plan for what would happen should a student-athlete test positive for the coronavirus at some point in time.

MSU is scheduled to begin its season Sept. 5 at home against New Mexico.