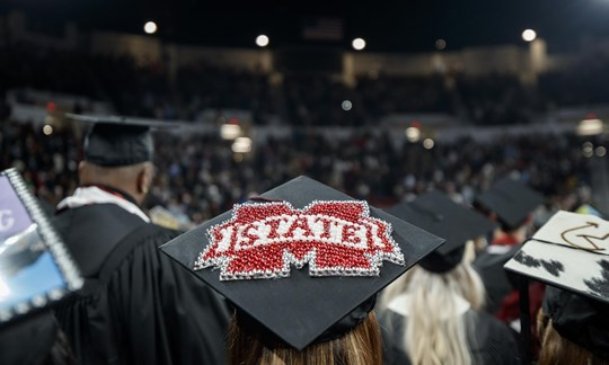 STARKVILLE -- Mississippi State surpassed the multiyear benchmark set by the NCAA for all 16 of its athletic teams Tuesday as college sports' governing body released its annual Academic Progress Rate scores for the 2018-19 school year.

A team's APR score is used to measure the academic performance of all NCAA Division I athletic programs and is considered a "real-time" look at academic progress, graduation and retention. In order to participate in the 2020-21 postseason, the NCAA requires teams to boast a four-year APR score of at least 930 -- which predicts, on average, a 50 percent graduation rate for teams at that APR level. Those teams that do not meet this mark are then eligible for a number of penalties from the NCAA depending on the score.

"The latest APR report reflects that Mississippi State student-athletes continue to raise the bar academically on their way to graduation," MSU Athletic Director John Cohen said in a news release. "I want to credit and thank our coaches, academic support staff and most importantly our student-athletes for their commitment to academic progress. We are proud of these achievements and the progress we have made."

On the men's side, football boasted the highest APR of any team with a score of 984 -- an eight-point increase from last season and the highest such mark for the program since APR was implemented in 2003. This is also the fourth straight year in which the MSU football program's APR score increased, tying it for the third-best mark in the Southeastern Conference with Vanderbilt and slotted behind only Alabama (No. 2) and Ole Miss (No. 1).

The MSU men's basketball team also saw an increase in its multiyear APR for the second season in a row. Coach Ben Howland's group recorded a score of 975, one point better than the previous program record of 974 that was reached in both 2017-18 and 2015-16.

The Bulldogs' women's basketball program was one of six teams to earn a lower score than last year -- including men's tennis, softball, women's soccer and men's and women's cross country -- recording a four-year low of 978.

The consequences for low APR scores were also on display Tuesday, though not in Starkville. The men's basketball, football and baseball teams at Stephen F. Austin reported scores of 810, 894 and 918, respectively. All three sports are set to receive a postseason bans in varying capacities over the next two years and a reduction in their allotted practices.

Between 2009 and 2011, the UConn's men's basketball team grabbed major headlines after it failed to reach the NCAA standard in back-to-back seasons. The team was subsequently dealt a scholarship reduction following the for the 2011-12 season and incurred a postseason ban for the 2012-13 season.