'I think it's where he should finish out his days': Why Ron Polk returned to Mississippi State 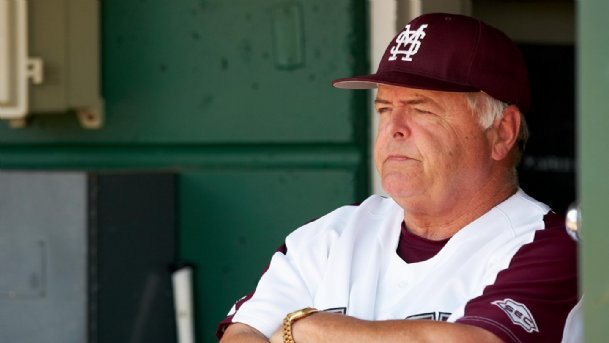 Ron Polk will return to Starkville as a special assistant to Athletic Director John Cohen. Polk is expected to help coaches within the baseball program and in other sports as a mentor given his 54 years in the profession. Photo by: Mississippi State Athletics

STARKVILLE -- The timetable for Ron Polk's return to Mississippi State is far from exact.

For years, Polk and MSU Athletic Director John Cohen had traded calls, messages and handshakes that the pair wanted a homecoming for the longtime Bulldog baseball coach, but nothing officially was done.

Timing was a piece of the puzzle. Polk had an understanding with administrators at UAB that he would remain a volunteer assistant for the Blazers' baseball team as long as his former assistant at MSU, Brian Shoop, remained the head coach in Birmingham.

On May 10, Shoop announced his retirement, bringing his 39-year career to a close. Within days, Polk's next move came into focus as he and Cohen bandied about a possible position within the MSU athletic department.

Wednesday, Polk's hiring was made official after media reports surfaced earlier in the day that he'd been appointed a special assistant to the athletic director. After 12 years away from the stadium that bears his name and the school in which he built a historic winner, Polk will finally make his long-awaited return.

Though it's been over a decade since Polk last coached at MSU, Starkville and the university have remained a steady part of his life throughout the ebbs and flows of his at-times tumultuous relationship with his past and future employer.

While working as a volunteer assistant under Shoop, he spent six days per week living in an apartment in Birmingham as the pair helped boost the Blazers' baseball program to unprecedented heights. But each Sunday, Polk would return to Starkville to his large-scale home that those around him long thought he'd retire to after his days on the diamond were complete to deal with his weekly banking and mail.

Polk has also spent the better part of a decade coaching in the Cape Cod Baseball League -- college baseball's most prolific and storied summer destination. Most recently, he spent the summer of 2019 keeping a watchful eye on slugging MSU second baseman Jordan Westburg, who's likely to hear his name called in the first round of the upcoming MLB First-Year Player Draft.

And though Polk has consistently left a piece of himself in Starkville and in Bulldogs nationwide, there's complex layers to his relationship with both the school and the man he'll soon call his boss.

When Cohen was hired to replace him in 2008, Polk -- perturbed with MSU's choice of Cohen instead of former Bulldog standout Tommy Raffo -- demanded his name be removed from the baseball stadium and said he'd work to undermine then-athletic director Greg Byrne.

"I'm not totally ticked off at John," Polk told the Associated Press in 2008. "This is not John. This is Greg Byrne. John felt like if he didn't take it, someone else would. I told John everything I was going to do, and he still took the job. Boy, he must've really wanted it bad."

And while Polk's slippery sermon left a brief skid mark on his otherwise long-standing legacy of support for MSU baseball and its athletic department as a whole, both he and Cohen contested that the brush-up is water under the bridge.

"Being in a family doesn't mean you always agree, and being in a family doesn't mean that things are always rosy," Cohen told The Dispatch. "What it means is you have a group of people who are committed to doing a similar thing and a group of people that are committed to the family. I certainly think Ron Polk is part of the Mississippi State family."

Still boasting the unabashed and irreverent personality he did during his coaching days, Polk quipps he has trouble remembering what the exact title he'll boast at MSU is. Originally he and Cohen discussed him becoming MSU baseball coach emeritus, but the pair weren't sure it was the right fit.

Settling on special assistant to the athletic director, Polk says he's still sorting out what his job description will entail. It's anticipated his past work as a touring orator will be used for fundraising efforts, as he's spent decades driving across the country to give free speeches in hopes of growing the game. He's also expected to help coaches within the baseball program and in other sports as a mentor given his 54 years in the profession.

And though Polk has until September to work out his exact duties with Cohen and others within the athletic department, there's a larger appreciation for the gravity of his return.

Just over a decade ago, bitterness and spite defined the relationship between Polk and MSU. But in time since, the wounds have healed, and the Bulldog family has welcomed its prodigal son back into the wings.

"He is Mississippi State baseball," Shoop told The Dispatch. "And not to take anything away from any of the other coaches or the staff now, but he is. I just am happy for him because I think it's where he should finish out his days."