Jimmy Owens cruises to victory as The Mag returns to action 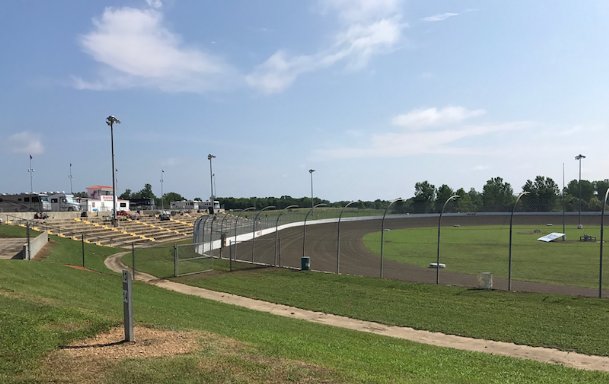 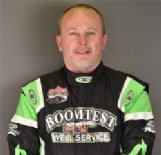 Jimmy Owens drives the green and white Ramirez Motorsports No. 20 car with an XR1 Rocket Chassis and a Vic Hill Racing engine in the Lucas Oil Late Model Dirt Series.

But when Owens came to Columbus to compete in the Magnolia Mayhem 40 on Friday, he felt like he was driving something else entirely.

"It was just a Cadillac," Owens said.

The 48-year-old driver from Newport, Tennessee, powered past pole sitter Payton Looney in the second lap, shot into the lead and never looked back in Friday's Super Late Model 40-lap feature race. Owens finished 3.681 seconds ahead of Timothy Culp, ended up more than a full lap ahead of Looney and claimed the checkered flag and the $5,000 first prize.

"I was amazed we got to the front so quick and easy because there's a lot of stiff competition here tonight," Owens told The Mag's Ben Shelton after the race.

No matter the competition, Owens outstripped it all on his way to his fourth win of 2020 and The Mag's first race since March 15, as the track was closed due to the coronavirus pandemic.

"We had an alright car," said Erb Jr., who was passed by Culp on the final lap. "I don't think we could have fought Jimmy, but I think we had a good shot at second place."

Indeed, Owens was unbeatable Friday despite a slick track thanks to a rain delay of more than two hours before the night's action could start. After finishing second to Looney in the first heat of the night, Owens started on the inside of the third row. Late in the second lap, Owens shot in front of the pole winner and took the lead for good.

By the eighth lap, he began to lap stragglers at the back of the 24-car pack, building his lead effortlessly despite riding in the middle or even the high side of the track

"I could run anywhere," Owens said. "I could diamond the corners. I could run through the bottom."

Culp, who won $2,500 as the second-place finisher, said he missed a couple chances to improve on restarts after caution flags on the ninth lap for Columbus native Spencer Hughes and the 12th for Neil Baggett.

"I feel like I just got hung on the outside on a couple of those restarts," Culp said.

On the last lap of the race, Erb Jr. slowed down, thinking the race's third caution was coming, and Culp passed him to claim second.

"I kind of feel bad for Dennis on the caution with that one," Culp said. "He let off the gas there."

Columbus racers Rick and Brian Rickman finished 17th and 18th, respectively. Hughes completed just eight laps and finished 23rd, ahead of only Stormy Scott, who withdrew before the race with nose damage.

The Mag's first race in two months was originally scheduled for Thursday but postponed to Friday because of rain.

White won for the third time in as many Late Model Sportsman races this year to claim the $500 first prize.