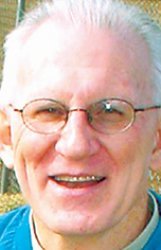 Recreational sports leagues in Columbus, Caledonia and Lowndes County could gather for practices as soon as June 1 and kick off seasonal games on June 15 following a discussion among members of the Restart Columbus Parks and Recreation Subcommittee Thursday afternoon.

The dates are subject to change if Gov. Tate Reeves issues any executive order on games or tournaments, committee members said.

The committee, one of eight subcommittees of Restart Columbus since the initiative was announced May 3, includes leaders and parks and recreation directors from the city, the county and the town of Caledonia. It is among four subcommittees that have already held meetings to discuss policies under the COVID-19 pandemic.

The committee's discussion came as the Cape Cod Baseball League (CCBL), one of the country's premier collegiate summer leagues, canceled its summer season late last month for the first time since 1947 due to the COVID-19. Major League Baseball (MLB) has yet to start its season, as talks about a potential start date remain ongoing between MLB officials and MLB Players Association representatives.

However, many on the committee said parents are hoping for their kids to participate, and the kids will be safe following COVID-19 guidelines.

Among all three government entities, more than 1,000 children have registered for the summer leagues, parks and recreation representatives said.

It is important for the department heads to discuss the game schedules ahead of time even without state guidelines in place yet, said county Parks and Recreation Director Roger Short, because he believes the season needs to start before or on June 15.

The season, which stretches on for at least a month, needs to wrap up by the end of July before it gets too hot, he said. Many kids and parents are still on vacation in July, he said, which makes it possible for them to participate.

"If we play after June 15, it's going to be too late to start the season," he told The Dispatch.

Short came up with a tentative schedule for the county's baseball and softball recreational leagues this summer if the season is to take place, including a proposed eight-game schedule for children of ages 5 to 8 and a 10-game schedule for those between ages 9 and 12. Split between age groups, the games could start on June 15 and finish mid-July or by the end of July, he said.

If the state bans games due to the COVID-19 pandemic, parents who have registered for seasonal leagues will be refunded and the season will be canceled, committee members said. Columbus and Caledonia will plan their schedules according to the final number of registrants, representatives from both governments said.

Teams will have to follow certain guidelines to play on the fields, Short said. During the meeting, he presented a list of recommendations for athletes and coaches to follow during the season.

Athletes are recommended to wear masks between games, avoid sharing bats or helmets and remain six feet from each other at all times. Coaches are also encouraged to remain masked, stay outside the width of the batter's box and practice social distancing.

Teams should not enter the dugout until other teams exit the field, according to the recommendations. One designated adult is encouraged to wipe down the bats after each use, and multiple softballs should be used and sanitized during games.

The official guidelines, however, are still in the works and will hopefully be finalized next week, said attorney Corky Smith, who sits on the committee on behalf of the town of Caledonia.

A lot of parents are keen on having their kids participate in the seasonal leagues, Smith said. The town of Caledonia has had roughly 300 registrants so far, he said.

Even with the CCBL cancelling its season, Smith said he is not so worried.

"We think if a safe set of guidelines are in place, and they are enforced correctly," he said, "the kids could come out, have fun but do it in a safe way."

Short echoed Smith's point, adding that the recreational leagues are smaller in size, which lowers the chance of infection. The county has roughly 400 registrants already, he said.

But Greg Lewis, the city's Parks and Recreation Director, is concerned. More than 30 parents requested for refunds out of roughly 400 registrants, he said.

"Would I like for them to play baseball right now? Yes," he added. "(But) listening to my coaches and parents (I talked to), they don't feel that it's safe right now."