'It's not ideal, but it's kind of what we're dealing with': How former Mississippi State players, now minor leaguers, are dealing with the delayed season 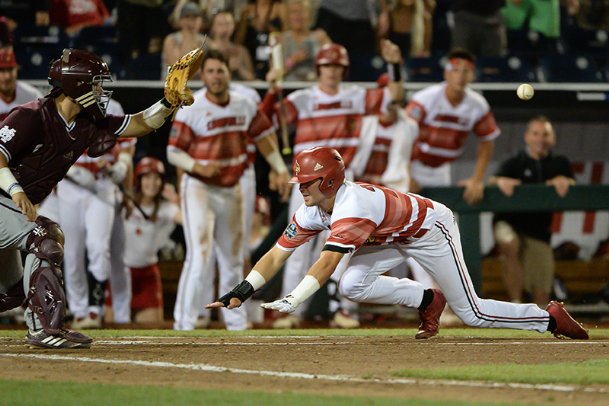 STARKVILLE -- As former Mississippi State catcher Dustin Skelton sat at a Marriott in Jupiter, Florida, an ominous tone fell over the room.

After Skelton and fellow Southeastern Conference products JJ Bleday (Vanderbilt), Zach King (Vanderbilt) and Kameron Misner (Missouri) spent their two prescribed off-days at the beach, the contingent of Miami Marlins minor leaguers were gathered for a meeting by team officials.

Congregating at the team hotel near the Marlins' facility, the group on-hand was informed spring training had been canceled due to the worldwide outbreak of COVID-19.

"I was just getting my feel back," Skelton told The Dispatch. "I was getting the feel back of being comfortable in the (batter's) box and just hearing that news it was obviously devastating."

One of a number of former Mississippi State products playing minor league baseball, Skelton and his fellow Bulldogs have had their aspirations of making major league rosters put on hold in recent weeks.

And while Major League Baseball has bumped opening day from March 26 to no earlier than April 9, the intermittent time has forced players to get creative in their preparations for a season that's start date remains fluid.

"It's just kind of confusing," SEC hits leader and current New York Mets minor leaguer Jake Mangum told The Dispatch. "Not really sure what to do, man. It's baseball season right now, so the fact that we're just at home getting ready for a season that we don't know when will start, it's tough. It's really really tough."

In Houston, Oakland Athletics prospect Ben Bracewell and former minor league teammate Kyle Finnegan have spent their down time hunting for public parks in which they can throw off flat ground. The pair have also employed the mound Finnegan previously had installed in his yard to prepare for the upcoming campaign.

"It's a slope and it's 60-feet-6-inches and there's a target, so in theory that's all we need, I guess," Bracewell quipped. "It's not ideal, but it's kind of what we're dealing with. Everybody's dealing with it."

Locally, Mangum and ex-MSU teammate Colby White have found varying spots to work out in their hometowns.

White -- a sixth round pick of the Tampa Bay Rays last year -- secured a key to a private gym in Columbia to maintain his regimen, while Mangum has taken his workouts to Hartfield Academy in Flowood where his high school coach, Chuck Box, is now employed.

"It ain't got a bunch of stuff, but it has the necessities," White joked of his current setup. "It's got a squat rack. It's got a bench press. Everything I need, I can get done there. So I'm thankful for that."

Beyond their actual preparations, the sharp spring training cutoff left players whose future aspirations were contingent on the nearly month-long practice campaign in limbo.

Bracewell and Minnesota Twins minor leaguer Brent Rooker both spent the past season at Triple-A affiliates. With a strong spring training, they hoped to earn shots with their major league ball clubs down the line. Instead, their preseasons were cut short.

"I was feeling confident where I was," Rooker told The Dispatch. "Obviously there's a lot bigger things going on right now than seasons and baseball careers and things like that, but you can't help be a little bit frustrated and confused by it."

As for Mangum, White and Skelton, the trio had just earned their first taste of a professional offseason after their 2019 season's were spent at varying levels of rookie ball. Working to climb their respective organizations' minor league ladders, spring training was a key component in their ascents.

"I loved it, man," Mangum said of spring training. "I got better down there. I really enjoyed it. It was a lot of fun and it just sucks."

That said, while professional baseball has been put on hold for at least the next 16 days, there's a level of understanding amongst the former Bulldogs that the season's postponement is a small concern in the grand scheme of things.

"Of course I was disappointed," Bracewell said of seeing spring training canceled and opening day pushed back. "But at the same time, I'm kind of holding on to the hope that we will still play some kind of a season and opportunities are still going to be there. And you know, really, my job right now is to take care of family -- first and foremost -- and to take care of those around me -- whether I know them or not."