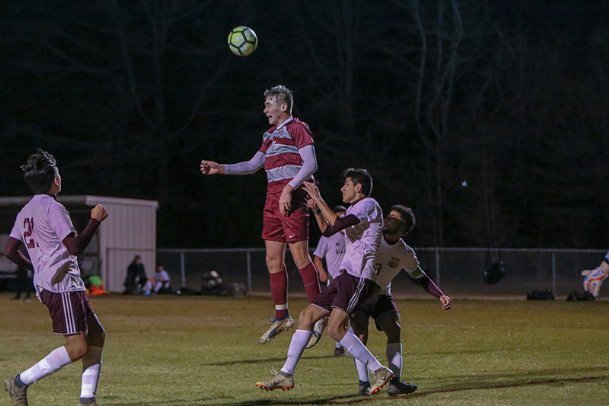 Bergstrom, a 6-foot-6 senior for the Confederates boys soccer team, was undecided on his college choice until the 'Feds hosted rival New Hope on Dec. 14.

Bergstrom found out that Northwest, which had been recruiting had since his freshman year of high school, would also be the collegiate destination of New Hope senior midfielder Ellis Clark. Bergstrom played with Clark on the Columbus United club team, and though the two attend rival schools, they've been friends for a long time.

"I like the way he plays, and I've known him for a while," Bergstrom said of Clark. "I guess just the fact that I know people who are going there and I know how they play, I figured out I'd enjoy it the most."

Another point in the school's favor was the friendship between Northwest coach Mark Hogan and former Caledonia coach Louis Alexander. It wasn't hard for Bergstrom to see the likeness between the two coaches.

"His coaching style is a lot similar to Coach A's from last year, so I just feel like it would be a good fit for me," Bergstrom said of Hogan.

Bergstrom wanted to join fellow Caledonia senior Wes Rollins at Itawamba Community College, but it didn't work out. He received interest from Christian Brothers University in Memphis, but going to a school where he wouldn't know anybody didn't appeal to him.

Instead, Bergstrom will join Clark and take his talents to Senatobia. One of his goals is to have an undefeated season during his with the Rangers, but he has other plans, too.

"Hopefully I can just get better and develop as a player and prepare myself for the next level," Bergstrom said.