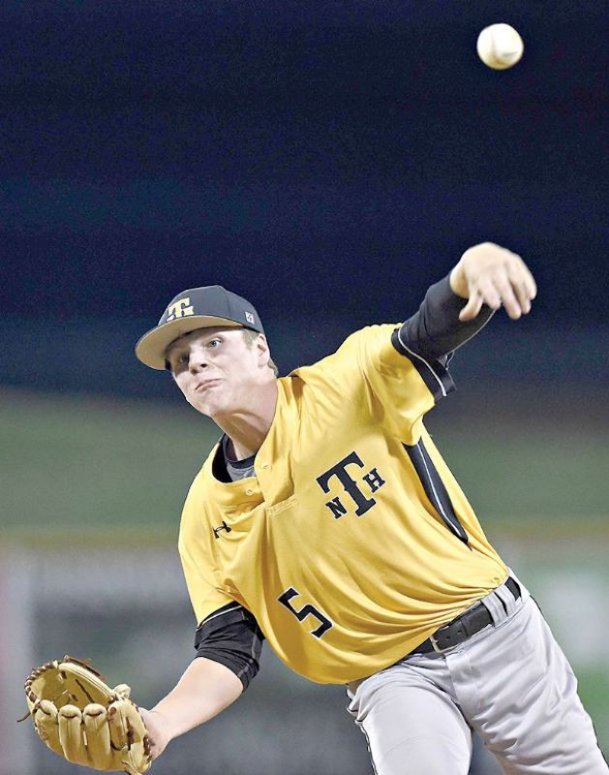 Strong performances on the mound helped Boyd's Trojans win the MHSAA Class 4A championship last season, but one year later, a lot of the players who got New Hope to that point have graduated.

Rye McGlothin, who led the team in home runs, went on to play at East Mississippi Community College. Springfield, last year's No. 1 pitcher, went to Itawamba Community College along with Tyler Murphy and shortstop Jonathan Whittington.

Although senior left-hander Ryan Burt returns, New Hope lost the other three of its top pitchers along with a whole lot of power in its starting lineup. With unproven arms lining up behind Burt, pitching will be the determining factor of whether New Hope can match last year's success.

"That's a big question mark for us, so hopefully we can figure that piece out," Boyd said.

Burt, who threw a one-hit shutout of Sumrall to capture the title for the Trojans last May, is the team's unquestioned top pitcher. The lefty has been pitching for New Hope's varsity team since his freshman year.

"Anytime you throw Ryan out as a starter, you know you've got a chance to win," Boyd said. "His experience is really gonna help us."

Sophomores Dawson Lofton and Brant Smith will get the chance to grab a rotation spot behind Burt, as will senior Presley Hall and junior Zac Butler. Hall, the team's starting shortstop, only pitched around 15 innings last season, and Butler, who will likely hit cleanup for New Hope, missed all of last season with an injury.

Though New Hope's pitching depth is certainly untested, Burt is glad to see that there are plenty of younger players with a chance to prove themselves.

"Yeah, I had an exceptional year last year, but that's last year," he said. "You never know what might happen this year. I have confidence in all of them. I feel like they can all go out there and get the job done. I am really ready to see who really does take it by the reins and step up."

After losing seven seniors -- including that key quartet of McGlothin, Springfield, Whittington and Murphy -- Burt acknowledged that New Hope doesn't possess the pop it did last season.

"We haven't had as many bombs," he said.

Burt, who will split time with Cooper Odom at first base when he's not pitching, has seen solid at-bats from his teammates. Third baseman Hays Lumsden backed him up, saying contact will be needed when power isn't there.

"There's still a few guys on this team that can hit it really hard, but I think it's just stringing together some base hits," Lumsden said.

Senior catcher Stallone Shelton and second baseman Drew Brown round out the Trojans' infield. Senior Cole Ruffin will start in left field, and senior David Young will likely play center -- but right field remains an ongoing position battle. Butler and senior Kameron Harcrow are in the mix for the starting job.

That means a senior-heavy lineup for New Hope this season, even if the Trojans don't yet have the experience of last year's squad.

"We've got a bunch of leadership on this team, so even though we lost them, I think we can replace them and do just as good," Shelton said.

The Trojans have taken to heart Boyd's message to the team after last year's title: Nobody can take the crown away from them, but they've still got to keep working hard if they want another one

After all, Burt said, relying on old history won't get anything done.

"The past is the past, and we're not gonna be able to change that," he said. "We didn't cheat. We did it the right way. We didn't Astro it. ... This year is this year. It's different."

New Hope is back in Class 5A, where it spent the previous eight seasons before playing the last two in Class 4A.

"It's not something that's completely new to us because we've been in that division for eight years It's very competitive. It's gonna be tough.

Down the line, New Hope could match up with powerful teams like West Jones, Lafayette and Neshoba Central. The Trojans know district opponents West Point and Grenada will be solid, too.

Altogether, nothing will come easy for New Hope in its quest for a second straight title. But the Trojans know that, and they're ready.

"It's definitely gonna be a lot harder," Lumsden said. "It's like everybody has a target on us. We can't be complacent. If we work hard like we did last year, I think we have a good shot again."