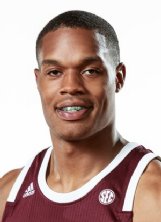 Mississippi State stood its ground against the No. 17 team in the country until the final minute Friday.

At one point, the Bulldogs reduced Villanova's lead to three points with a minute and 12 seconds remaining. Nevertheless, Jay Wright's Wildcats pulled away from MSU (5-1), winning a 83-76 contest in the Myrtle Beach Invitational in Conway, South Carolina.

With the loss, the Bulldogs will play Coastal Carolina in the final game of the tournament on Sunday.

"Our guys came out and played extremely hard," MSU coach Ben Howland said in a news release. "We got off to a great start and had them on their heels."

Collin Gillespie was an early thorn in the Bulldogs' side, scoring 11 quick points en route to jump starting his team to a 14-11 lead. Gillespie finished with 18 points on the day.

Columbus native Robert Woodard served as the sparkplug for MSU, throwing down three SportsCenter Top 10-worthy dunks in the first 10 minutes, giving his team a 22-18 lead. Yet, the Wildcats caught fire and delivered a 16-0 run over the next five minutes to put the Bulldogs in a 12-point hole.

Howland's team cut the deficit to six with two seconds left before halftime, but the Wildcats made a 3-pointer at the buzzer after a creative long-range in-bounds play to put them up 42-33. Villanova (4-1) shot 64 percent from the floor in the half and scored 16 points in transition.

"We had a great comeback to cut it to six, but it was my fault they had the 3-pointer at the end because I should have had someone on the ball pressuring the ball," Howland said.

The Bulldogs never led in the second half, but cut the deficit down to one point on several occasions. MSU had to get creative with its lineups after starting center Abdul Ado picked up his fourth foul at the 9:59 mark, then fouled out with less than four minutes remaining.

Five points in two possessions from Tyson Carter reduced a eight-point Villanova lead to three with 1:12 left, but the Bulldogs couldn't get a stop on their next defensive possession and missed the ensuing 3-pointer on the offensive end, dashing all hopes of a comeback.

Carter finished with 22 points, while Reggie Perry turned in a 18-point, 10-rebound performance for his third double-double of the season. Woodard II scored 17 points and grabbed eight rebounds, while Iverson Molinar and D.J. Stewart had nine and eight points, respectively.

"That was a really good college basketball game," Wright said. "They're good. I'd like to say I like competing against Ben's teams, but I don't. They're so physical and solid, go to the offensive glass and defend. Because we have so much respect for them, it's a really good win for us. I think they're an NCAA tournament team."

Villanova's Jeremiah Robinson-Earl contributed 22 points on a 9 of 12 shooting effort and also grabbed seven rebounds. The Wildcats shot 58.5 percent from the floor and held MSU to 41.8 percent from the field.

One positive for MSU was a season-low seven turnovers, including only two in the second half. The Wildcats narrowly outrebounded the Bulldogs, 34-32.