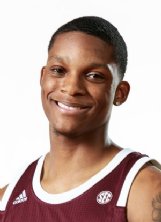 Molinar made 6 of 8 shots, including 4-of-6 from 3-point range, en route to a career-high 21 points in his team's 80-66 victory over Tulane at the HTC Center. Meanwhile, Perry chipped in 18 points on a 7 of 8 shooting effort with five rebounds.

"Reggie dominated the game, scoring 18 points in 20 minutes. If you could keep him out of foul trouble, he would have had 30," MSU coach Ben Howland told The Dispatch. "He definitely asserted himself early in the game and gave his teammates confidence by how well he was playing.

"Iverson has worked so hard on his shot. He took good shots today."

After being held scoreless in the first half, senior guard Tyson Carter scored 16 second-half points and also grabbed 11 rebounds for his first double-double of the season.

In the victory, Carter surpassed 1,000 career points, giving him a total of 1,003 in his collegiate career.

"It's pretty special to me," Carter told The Dispatch. "It's something that I never really thought about accomplishing until it happened, and now that it's happened, it's really special. I'm looking forward to accomplishing more with the team."

"That's going to be a pretty special moment," the younger Carter said of surpassing his father. "Just passing him in points is going to mean a lot."

Howland was surprised to hear of his point guard's career accomplishment after the win, but immediately deflected to the Starkville native's defensive performance.

"I'm just happy he got 11 rebounds. Ten on the defensive end," Howland said. "He did a really good job for us in the second half, making great passes and really becoming a key for us."

"It's a huge test," Howland said. "This is a nationally ranked team and one of the better programs in the country. They've won multiple national championships in this decade and have a collection of talented skill players. The thing that makes them tough for us is they're all 3-point shooters. They average 39 attempted threes per game, so we're going to be really tested defensively."

MSU raced out to an early 24-13 lead, thanks to three quick makes from Iverson and Perry, both of whom made two early 3-pointers.

The Bulldogs held a 36-27 lead at halftime and outscored the Green Wave 44-39 in the second half. MSU shot 60.5 percent from the floor and made 11 of 20 3-pointers in addition to converting 17 of 21 free throws. Yet, turnover troubles continued for the Bulldogs, committing a season-high 25 giveaways.

"I'm pretty excited about how well we shot the ball," Howland said. "The only negative of the whole day was too many turnovers against their pressure zone."

K.J. Lawson and Christion Thompson led Tulane (3-1) with 12 points each. The Green Wave shot 39 percent from the floor and 9-of-25 from long range. MSU outrebounded Tulane 41-16.