'Why would you quit?': Brian Cole's winding road to stardom 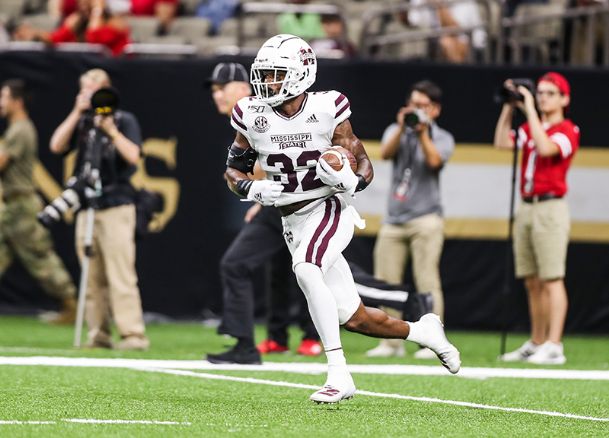 STARKVILLE -- As Brian Cole II twisted the knob on his dorm room shower, a brownish substance sputtered from the spout.

Then a sophomore at East Mississippi Community College in Scooba, Cole was forced to shower with bottles of water as maintenance investigated the murky water.

As he exited the shower and pulled up the shimmering glare of his cell phone, a familiar clock ticked away on his background.

Seven months. That's all it would take for Cole to go from Ann Arbor, Michigan, to Scooba and, if God willed it, back to college football's elite ranks.

"I don't feel like God brought me this far to fail," he told The Dispatch. "I just feel like I'm this far into it, why would you quit?"

Born and raised in the midwestern industrial town of Saginaw, Michigan, Cole grew up in a stereotypical rust belt society.

Saginaw thrived as a lumber town for the better part of the 1800s before moving into manufacturing at the turn of the century.

Today, the nearby Flint Truck and Bus plant employs roughly 5,600 people and is one of General Motors' most profitable entities.

At home, Cole and his sister, Briana, lived a disciplined childhood. Their father, Brian Sr., was a 25-year veteran of the Michigan State Police Department, and 14 of those years were served as a polygraph examiner. With his background in law enforcement, he developed a work ethic he hoped would persist in his children.

"Adversity is going to hit everyone at some point in their life," Brian Sr. told The Dispatch. "But it's all about how you handle that adversity and overcome it."

As a kid, Cole was constantly competing. When football season ended, he moved onto basketball. When basketball concluded, it was time for spring baseball. Rinse and repeat.

And while he thrived on the diamond and court, it was football that garnered him statewide and national attention.

Guiding a Heritage High School team that had limited historical success, Cole lined up everywhere from quarterback to receiver to running back during his Michigan prep career.

While his numbers picked up, so too did his recruiting profile. With Cole riddled with mail and the dizzying effect the process has on athletes, family friend Ralph Arnett stepped in to help make sense of it all.

Arnett, whose brother DeAnthony was a high-profile prospect out of Saginaw in the Class of 2011, had seen his sibling go through the process and was able to advise the Coles.

"It was like he had the sweet potato pie with all the ingredients," Brian Sr. said through a laugh. "Everything he told me, it worked. It tasted good. That's the best way I can put it."

Ranked as the No. 1 player in the state and No. 5 athlete in the country by 247Sports.com, Cole signed with the hometown Michigan Wolverines on Feb. 4, 2015.

But after a tumultuous first season in which he saw action in just three games, Cole needed a change.

Having already known EMCC coach Buddy Stephens, Arnett reached out to Stephens to see if he'd be interested in bringing Brian aboard for a year. He was, with one caveat -- the Lions needed a defensive back.

"They completely blew me off initially," Arnett joked of the Coles' reaction when he brought up the idea.

"Being 17 years old and going from Ann Arbor to Scooba is life-changing in itself," he continued. "And I thought not only the surroundings, but the relationships, the connections that Buddy had I knew he would be taken care of."

After some coaxing, Cole took Stephens up on his offer. With a leap of faith and a position change in tow, he headed for Mississippi. Next stop: Scooba.

Geographically, Scooba is roughly 900 miles from Saginaw. Then there's the metaphorical distance.

In the place of old industrial buildings, the town is a rural agrarian society far removed from the Midwestern world in which Cole grew up.

"It's going to be a long seven months," he thought upon first setting foot at EMCC.

Though the town is remote, Stephens' program has been synonymous with junior college football for the better part of a decade, having totaled five national championships since 2011 alone.

It's also served as a proving ground for former Division I products who left their initial stops for varying reasons.

Among those was one-time Georgia transfer Chauncey Rivers.

A four-star recruit out of Stone Mountain, Georgia, Rivers was kicked off the team following his third marijuana-related arrest in seven months in Athens. Looking to retool his own image and find his way back to the top level of college football, he and Cole quickly hit it off.

"Me and Brian kind of went through the same situation in getting here," Rivers told The Dispatch. "Take a few extra courses and go through the obstacles of not playing our first year, so that kind of built us the same."

Beyond their past paths, neither Rivers nor Cole had a car during their time in Scooba. When teammates went home after Thursday night games, the duo was effectively trapped on campus.

Video games in the dorm rooms and chatter about their former lives as Division I stars occupied their time. There were also constant reminders of needing to get out.

After helping the Lions to an 11-1 record, Cole and Rivers readied to make their college choices.

The one-time afterthoughts were headed to Starkville.

'A Bulldog, most definitely'

Cole's time at MSU has been nearly as meandering and bumpy as his path to it.

Upon arrival, he took a redshirt for academic reasons. He then suffered an upper-body injury just four games into last year that forced him to miss the rest of the season.

But finally healthy and boasting a renewed confidence in his ability, he's flourished in defensive coordinator Bob Shoop's scheme in 2019.

Cole ranks sixth on the team with 25 tackles through five games. He was also elected a team captain ahead of the season.

Standing at the podium in the Leo Seal Jr. Football Complex earlier this season, Cole was questioned about the tattooed sleeve that covers nearly his entire left arm.

Located just above his wrist is a block "M" -- reminiscent of his days at Michigan. But more telling is the inked "Walking Bully" image that resides just above it.

"That's where I'm from, but Michigan Wolverines -- no," he said through a smirk. "I'm a Bulldog, most definitely. But at the end of the day that's part of my journey, and it made me who I am today, too."

With this week's bye, Cole and the Bulldogs are entering the second half of the season. With seven scheduled games remaining, he has once again started the timer -- one that will almost assuredly make him an NFL draft pick come April.

"The way I look at it, I've got four to five months to do what I have to do, handle what I have to handle to get where I always wanted to be," he said.