'Thing One' and 'Thing Two': How Martin Emerson and Jarrian Jones have added energy to the MSU defensive backfield 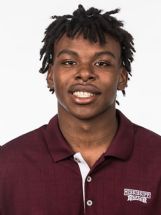 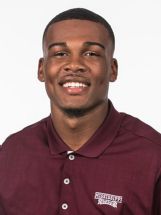 STARKVILLE -- As freshman defensive back Jarrian Jones took the podium Wednesday night, fellow freshman and running mate Martin Emerson Jr. looked on from the side.

Hunched up against the windowed wall of the media room at the Leo Seal Jr. Football Complex, Emerson whipped out his iPhone and began recording.

As Jones answered questions ranging from his knowledge of Dr. Seuss' "Cat in the Hat" to what kind of challenges Kansas State presents this weekend, Emerson snickered at his roommate while pounding away on his virtual keyboard.

"We're just like this every day," Jones said peering toward his running mate out of the corner of his eye. "There's a time to be serious and there's a time to play but most of the time we're playing."

Dubbed "Thing One" and "Thing Two" by senior nickel back Brian Cole, among others, due to their respective jersey numbers -- No. 1 and No. 2 -- Emerson and Jones have brought a youthful exuberance to a Mississippi State defensive backs room that is far from lacking in characters.

Jones -- a four-star recruit out of Brandon -- and Emerson -- a three-star prospect from Pensacola, Florida -- have quickly and rather loudly pronounced their entrance into the MSU secondary.

Jones is among the bigger talkers of the group. Junior cornerback Cam Dantzler compared him to former MSU safety Johnathan Abram in the way he brings a swagger to the field.

There's also a level of nostalgia to Jones, or "J-Dub" as he's also nicknamed. He chose to wear the No. 2 after former MSU cornerback Jamal Peters -- currently with the Indianapolis Colts.

As for Emerson, he's the bigger of the pair at 6-foot-2, 195 pounds. A rangy corner with hard-hitting capabilities, he totaled 149 tackles, eight pass breakups an interception and a forced fumble between his junior and senior years of high school.

"I haven't ever seen a pair of corners like that," senior safety Jaquarius Landrews said. "They're hungry, they have a close bond. Those boys are going to be top notch later on in life."

Having both appeared in MSU's first two games of the year, Jones and Emerson have added staunch depth to a group that is largely held as MSU's most experienced defensive unit.

With Dantzler and senior Maurice Smitherman firmly entrenched in the top two corner spots, this season Emerson and Jones have been mostly relegated to minor roles. But even in limited experience this season, the Dr. Seussian duo has made its presence known.

Rearing back into coverage during Saturday's win over Southern Miss, Emerson jumped in front of Golden Eagle receiver Jaylond Adams on a skied pass from quarterback Jack Abraham.

Snatching the ball out of the air, he took off running down the sideline before being brought down at the USM 22-yard line.

"When I touched the ball I already knew I was going to catch it," Emerson said. "it just felt like I was running on air I was so happy."

Racing down the field, Jones greeted his roommate with a raucous ovation.

"I thought he was going to get into the end zone but I guess he's not athletic enough," Jones said through a smirk Wednesday.

Walking into the Seal Complex, the foyer boasts two automatic sliding doors. Once inside, the television calls of big plays from the week prior ring out over the loudspeakers.

"That one is intercepted by Martin Emerson!," Brown exclaimed. "At the State 35, Emerson up the sideline, across midfield. Still on his feet inside the 30, three Southern Miss players finally knock him to the ground turf near the USM 20."

While Emerson's first career interception has brought the lanky corner some notoriety over the past few days, Jones has used it as intrinsic motivation to match his roommate's on-field success.

"That's my dog; we compete with each other every day," Jones said. "We tell each other what are and aren't going to do so I guess it's my turn to get one."