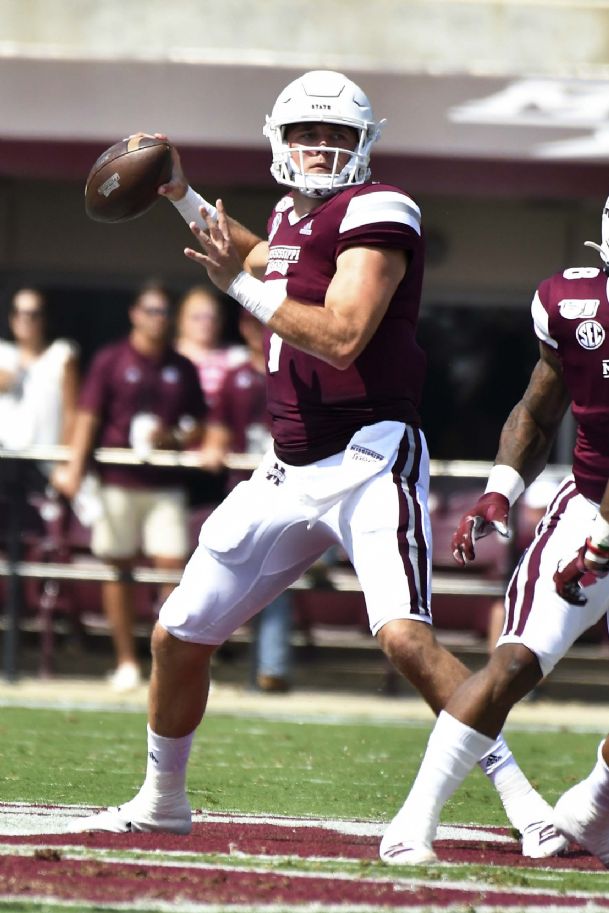 After a discouraging performance against Louisiana, the Bulldogs' defense rebounded by playing well for the most part (save a few late touchdowns) against its in-state opponent. Kylin Hill was electric again.

But alas, the main talking point from this game is going to be the health of MSU's starting quarterback.

Tommy Stevens was in the process of making Starkville fall in love with his ability to convert third-and-intermediate situations and attack the deep third. The graduate transfer led scoring drives on the Bulldogs' first two possessions of the afternoon and finished 9 of 10 for 105 yards and two touchdowns.

Then before halftime, Stevens had to be checked out in the medical tent and was later declared out for the rest of the afternoon. For now, the seriousness of the injury is unknown. If Stevens has to miss any extended time, things could get murky quickly.

A quick programming note for those who missed last week: Bulldog Bullets will be a weekly recurring article filled with short observations and commentary written throughout Mississippi State football games that posts shortly after the final gun.

- All throughout fall camp, Moorhead sang the praises of freshman quarterback Garrett Shrader. So it wasn't entirely surprising to see him take over after Stevens went down instead of Keytaon Thompson. Also keep in mind: Thompson only rejoined the team this week after missing a substantial amount of practice time while he was in the transfer portal. If Stevens has to miss any games, though, Moorhead has an interesting decision to make. If Shrader has a bad series, fans may cry out immediately for Thompson.

- Shrader did pretty well for his first collegiate game. He completed 7 of 11 passes for 71 yards, but that stat line should have been better because a couple receivers really let him down on a few plays.

- MSU hasn't allowed an opponent to score more than 30 points for 16 straight games.

- Meanwhile, Southern Miss had its 12-game streak of holding opponents to 30 points or less snapped.

- Kylin Hill's 123 rushing yards snapped a Southern Miss streak of not allowing a 100-yard rusher in the last 15 games.

- By the way, Mississippi State is very fortunate Hill wasn't added to the long-term injury list. The Columbus native went down in the second quarter holding his knee and was listed as "questionable" to return. Nonetheless, Hill returned in the second half and didn't miss a beat. As crucial to the offense as Stevens is, Hill is by far the player MSU can least afford to lose.

- Don't think I've ever seen both a kickoff and a kickoff return team have to come off the field to start the game because there was confusion over who won the toss.

- For the second straight week, Stevens and Osirus Mitchell hook up for an opening drive touchdown. The Bulldogs seem to do an excellent job executing the first few scripted offensive plays.

- If you've watched Hill's 22-yard run on MSU's second series -- you know, the one where he jukes out defenders and hurdles another for the second straight week -- 10 times by now, I wouldn't blame you.

- A cool 94 degrees at kickoff made Saturday's contest uncomfortably hot. It was the second hottest kickoff temperature for MSU since 1990. I don't blame a single fan who decided to stay home. Now, maybe this is the wimp Yankee in me, but I drank six cups of water before the game even started. If I'm sweating bullets doing nothing but typing, I can only imagine what players donning a full set of gear and running around must feel.

- Brian Cole and Marquiss Spencer's back-to-back sacks in the second quarter gave MSU more sacks in one drive than it had the entire game against Louisiana. That can be attributed to creative blitzes by defensive coordinator Bob Shoop.

- Tucker Day continues to be awesome at punting, placing two punts inside the 10-yard line and three inside the 20.

- Mitchell cost Shrader his first collegiate touchdown pass. Shrader threw a complete bullet on a fly route to his wide-open target, but Mitchell lost the ball in the sun. Tough break, kid.