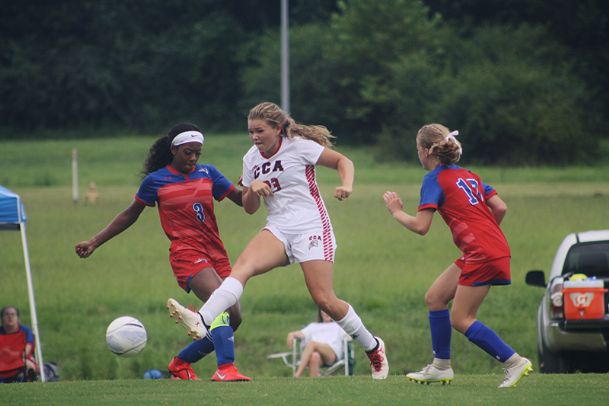 The Columbus Christian Academy girls soccer team earned its second district win against Marshall Academy on Thursday. The 5-1 victory was led off by an early goal by Emma Easterling, followed up with goals by Taylor Tipton, Meg Barlow, and Cayden Harding.