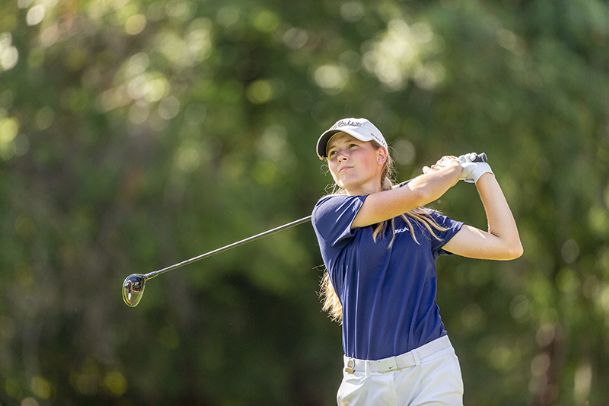 WEST POINT -- Ashley Gilliam has yet to suit up for the Mississippi State women's golf team.

But Monday, the incoming freshman will represent the Bulldogs at the 2019 U.S. Women's Amateur at Old Waverly Golf Club -- MSU's home course.

A prolific player on the junior circuit, she made the cut at last year's U.S. Women's Amateur at The Golf Club of Tennessee before falling in the first round of match play.

She was also a quarterfinalist at the U.S. Girls' Junior and a winning member of team Tennessee at the USGA Women's State Team Championship in 2017.

Most recently, Gilliam advanced to the quarterfinals of the 2019 U.S. Women's Amateur Four-Ball Championship in Jacksonville, Florida.

No stranger to Old Waverly, she has played the course a handful of times during recruiting visits to MSU, though her Saturday practice round just the second time she played a full 18 holes at the course.

"Just trying to take it one step at a time," Gilliam said of her goals for the week. "Stroke play and then hopefully if I make match play to switch gears and just see how far I can go."

One of three incoming freshman for coach Ginger Brown-Lemm's squad, Gilliam joins Ally Williams and Abbey Daniel in the class as the Bulldogs will look to make a return trip to the NCAA Tournament next spring.

Brown-Lemm will be out at Old Waverly accompanying Gilliam throughout the tournament and she expects a handful of other MSU players to join.

"It shows how much we dedicate our time to recruit the people that have the character to want to be a part of the success of another," Brown-Lemm said. "I think it speaks volumes to their effort to come and support a sister that is not truly 'on the team' yet."

The U.S. Women's Amateur gets underway Monday with two days of stroke play. Following Tuesday's rounds, the top-64 players advance to the match play portion of the championship. The finals of the match play segment will be played Sunday.

Gilliam will tee off from hole one at 3:15 with TCU's Sabrina Iqbal and Duke's Virginia Elena Carta.