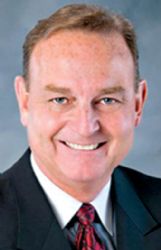 NAPLES, Italy -- With its 92-52 victory over Slovakia, USA Team won Pool C of the World University Games and earned a spot in the medal bracket of the event.

"I am really proud of our team and my staff for getting this team ready," said head coach Vic Schaefer. "For us to play as well as we are playing right now after a short period of time together, it's hard to do. I am really proud of our kids. We have come through a very difficult pool. We will have an off day tomorrow and get a chance to get familiar with a different team and different pool. We will play a very good China team on Sunday night."

With pool play finished, the U.S. will now move on to the bracket stages to play three more games in order to determine its placing. However, in order to compete for a medal, the squad must defeat China in its next contest at 1 p.m. CT today. A win would advance the team to the semifinals, guaranteeing a spot in either the gold or bronze medal games.

The U.S. cruised to the wire-to-wire win behind solid play on both ends of the floor. On offense, six different players scored in double figures, the squad shot 43 percent from the field and totaled 21 assists.

USA Team played lockdown defense entire game, holding Slovakia to 26 percent shooting from the field and forcing 26 turnovers. The Red, White and Blue also finished with 16 steals and five blocks in the game.

"I think this team is learning to play harder each night," said Schaefer. "I thought we played harder for longer periods of time tonight than we had been. Especially with our young kids, we are learning how hard you have to play this game and what is necessary in order to play our style. It's really important that we continue to play in a way that is representative of our program at Mississippi State."

Rickea Jackson finished with a game-high 16 points to go along with five rebounds, two assists and two blocks. Xaria Wiggins chipped in 12 points on 5-of-7 shooting. Jessika Carter posted her second double-double of the event with 10 points and 10 rebounds.

"It's nice being able to play a lot of kids, and we didn't have much fall-off tonight," said Schaefer. "We had 50 points at halftime and 92 for the game. I was proud of our bench. It was nice to be able to rest some of these kids that have played a lot of minutes. Rickea, Jazzmun Holmes and Jessika have all played a lot of minutes, and it was good to be able to rest them before the final stretch."

The USA's success in the paint continued in the final game of pool play, outscoring Slovakia, 52-16, in the paint while holding a 52-40 advantage on the boards.

The game was all USA Team from the start. The Red, White and Blue was dominant on both ends of the floor in the first quarter, using a 26-0 run to put the game out of reach early. The U.S. shot a blazing 63 percent from the field in the period while holding Slovakia to just 20 percent shooting to take a 33-7 lead after one frame.

At halftime, Jackson led all scorers with 14 points on 6-of-10 shooting. The U.S. went to the paint for points early and often, outscoring Slovakia down low for the half, 34-12. USA Team entered the break with a commanding 50-24 lead.

The Red, White and Blue didn't let up after halftime, holding Slovakia to just 10 points in the first 15 minutes and six baskets for the entire second half. Meanwhile, USA Team extended its lead to as much as 51 points.

In the third quarter, the U.S. defense locked down Slovakia's offense once again. Slovakia shot 2-of-18 from the floor and scored just nine points for the period.

USA Team cruised through the fourth quarter, capping off the 40-point win. Cooks knocked down all three of her 3-pointers during the frame, while Aliyah Matharu scored six points in the period.