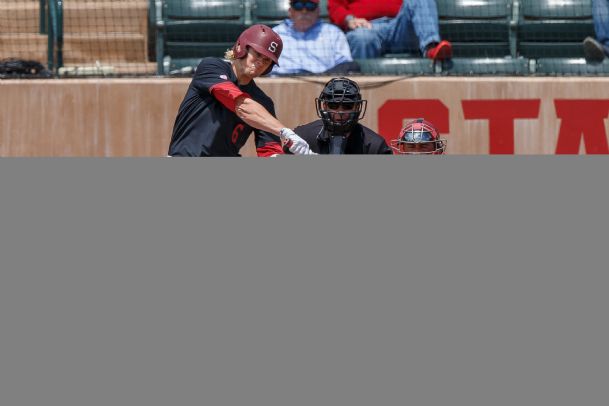 In the three days leading up to Saturday's game one, we will offer a position-by-position breakdown of the visiting Cardinal.

Up next is the Stanford outfield and designated hitter:

For what the Stanford infield and catchers lack offensively, the Cardinal outfield makes up for it.

With a starting group of Kyle Stowers, Christian Robinson and Brandon Wulff, Stanford boasts solid power across its outfield.

Stowers is one of the top three hitters on the entire roster. His .305 batting average ranks third on the team, while he is first in doubles (19) and second in hits (64).

Robinson and Wulff are slightly consistent at the plate with batting averages of .287 and .270, respectively. That said, Wulff's 19 home runs lead the team and Robinson's 54 runs scored are the second most of any Cardinal.

In the field, both are solid defenders. Wulff and Robinson each boast fielding percentages of .986 or better and have just two errors between them.

In the designated hitter's slot is Will Matthiessen, a 6-foot-7, 220-pound right-handed pitcher. Matthiessen leads the Cardinal in average (.322), hits (67) and RBIs. He comes into Starkville on a relative hot-streak as he was 7-for-19 with six runs and five RBIs in the regionals.

Matthiessen has also shown a flair for the dramatic as he delivered a walk-off single against No. 1 UCLA in early April.

The Cardinal are a limited offensive team, but both Wulff and Matthiessen will be the guys to watch in the batter's box come game time Saturday.