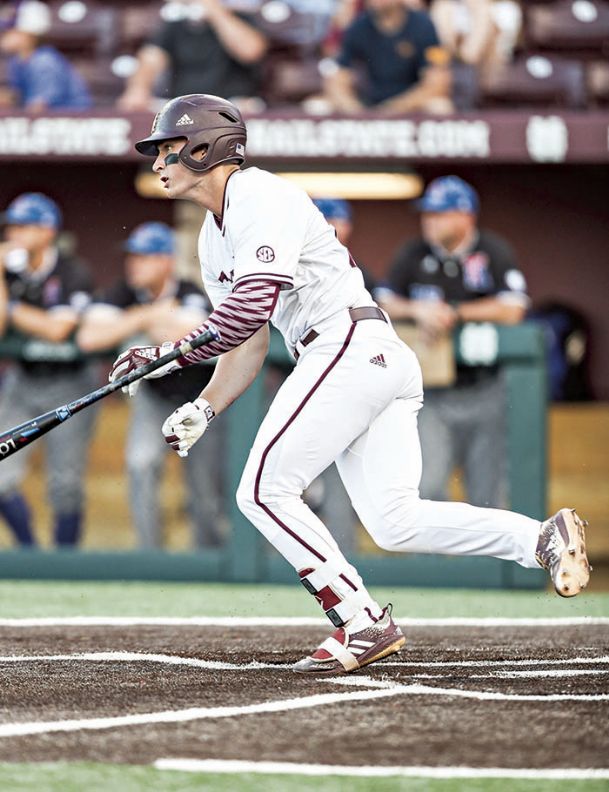 Tuesday night's 7-3 win over Louisiana Tech was refreshingly simple for No. 5 Mississippi State.

After trailing at some point in three of their past four midweek games, the Bulldogs led wire-to-wire to secure the victory.

"To come through a midweek it takes a lot of focus," senior reliever Cole Gordon said. "It takes you to come in and ready to play 'cause if you're not (Louisiana Tech) would have beaten us really badly tonight."

Freshman pitcher Brandon Smith earned the win. He went two innings, giving up no runs on three hits and struck out one.

"As you start going into the postseason we need an extra starter, a guy that can throw strikes, and we wanted him to warm up like a starter," MSU head coach Chris Lemonis said. "Hopefully he got a little bit of experience in doing that."

Redshirt junior Keegan James came on in relief of Smith. James, who has flirted with being both the No. 3 and 4 starter this season, allowed one run on four hits in three innings of work.

Senior Marshall Gilbert opened the MSU scoring against Louisiana Tech (32-21, 15-12 C-USA) with a two-run second inning home run to right field, his fifth of the season.

"I was sitting fastball the entire way looking for something out over the plate," he said. "And when he got it out over the plate I just put a good swing on it like (hitting coach Jake) Gautreau has always been telling us to do all year."

Gilbert notched another RBI in the fifth with an infield single to third base. He now has multi-hit games in four of the past six games.

Sophomore Rowdey Jordan added two more runs to the MSU ledger with a 2-RBI double in the third. Junior Dustin Skelton, who slid into the designated hitter slot Tuesday, plated Jordan on the ensuing at-bat with an RBI single to left field.

Freshman catcher Luke Hancock was also productive in just his seventh start of the season. Sparing Skelton's legs behind the plate, he finished the night 2-for-3 with an RBI single in the fifth inning. Hancock now has hits his past three appearances and boosted his batting average to .423.

"Everybody is out there grinding at-bats," Gilbert said. "And it's because everyone in the lineup, one through nine, buys into what we're trying to do and sees the results and knows that with the results it's going to help the team and at the same time the individual stats will show at the end."

The Bulldogs are one game out of first place in the Southeastern Conference West Division behind No. 4 Arkansas. The Razorbacks take on No. 16 Texas A&M in College Station this weekend.

"South Carolina is coming in here and playing for a lot," Lemonis said. "This is a storied program in the SEC, so it's just good players everywhere. Some years it's just a little tough luck, but we've got to come in and be ready to play."

Freshman pitcher Eric Cerantola made his first appearance since April 3. He surrendered one run on two hits in 0.1 innings of work.

"I even told (Cerantola) after the game I know they hit a ball but the reality is if he's in the zone he's going to pitch cause his stuff is really good," Lemonis said.