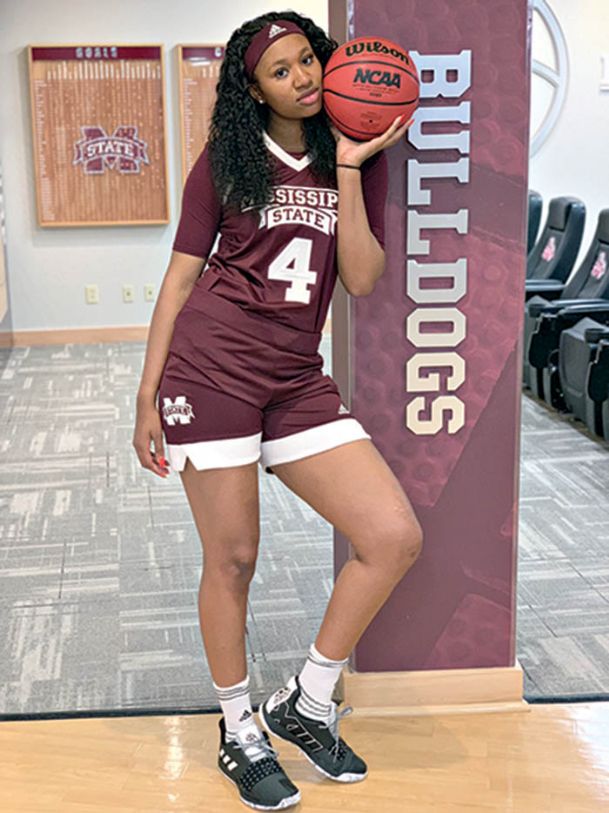 Cooks announced her commitment to MSU via Twitter. The university has since confirmed Cooks will sit out next season, per NCAA rules.

A Kenosha, Wisconsin native, Cooks was the Associated Press Player of the Year in the state after averaging 27.6 points and 13.8 rebounds per game her senior year at St. Joseph High School. She was also ranked as the No. 5 overall player in the class of 2017 by ESPN HoopGurlz and was named a McDonald's All-American.

Cooks appeared in 30 games for the Spartans this past season, starting eight. She averaged 9.5 points, 4.5 rebounds and one assist in 19.4 minutes per game.

With the arrival of Cooks, MSU now boasts two former McDonald's All-Americans in this year's recruiting class as freshman Rickea Jackson, the No. 9 player in the class of 2019, will join the program this summer.

Junior college transfer Yemiyah Morris also joined the Bulldogs this spring. Morris averaged 13.9 points and 8.7 rebounds as a sophomore at Cochise Community College in Arizona. She will be tasked with lessening the void at center left by the departed Teaira McCowan -- the No. 3 overall pick in the 2019 WNBA Draft.