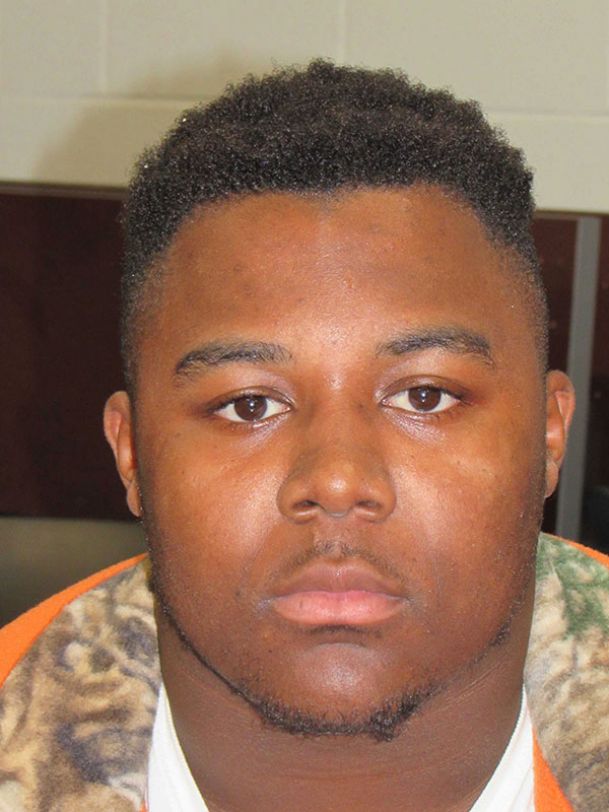 When you have friends and teammates like Ezekiel Head, it's easy to believe you're going to get a chance to continue your football career.

Still, as December blended into January and then into February, Smith, a standout lineman on the West Point High School 2018 state championship team, didn't have an offer to play at the next level.

Consider contacting Head if you need someone adept in the power of persuasion.

Thanks in part to a recommendation from Head, the East Mississippi Community College football coaches watched film of Smith and liked what they saw. The encouragement from Head helped Smith join 10 of his teammates Wednesday morning as part of a signing day ceremony in the West Point High auditorium.

"I suggested they look at him

because he is a hard worker," Head said of Smith. "He deserves it."

Smith said Head told him he was going to recommend him to the EMCC coaches. He admitted he wasn't sure what was going to happen, but he said Tuesday he appreciated his teammate's efforts.

"I am going to be a very physical player who is going to do whatever they need me to do," Smith said. "I was confident something was going to happen, even if I had to wait past Feb. 6."

Head said it took the EMCC coaches two days to look at Smith's film and extend an offer to him to come to Scooba. Head said he still would have encouraged Smith to go to EMCC to try out if things hadn't worked out.

"Relentless effort," Head said when asked what he thought the EMCC coaches saw from Smith in the film on Hudl. "Every play he goes full speed. He doesn't take any plays off. He is physical and fast."

West Point coach Chris Chambless said he hopes the signing of Melton and Cunningham with South Alabama opens a pipeline to that school and creates more opportunities for future classes.

"Once they see what those two guys can do they're going to come back," Chambless said. "A lot of times it takes one guy to go somewhere and they like his work ethic and that is the perception they're going to have of West Point, so they will come back and get more guys."

Chambless said all of the players in this year's signing class will work hard to catch the attention of their next coaches. With Head and Smith, Chambless said the coaches at EMCC are getting players who are tough, relentless, and among the strongest he has seen. For example, he related a story from earlier this season that demonstrated Head's toughness. Chambless said Head suffered grease burns on his stomach from a cooking accident, but those burns didn't keep him from practicing. In fact, Chambless said he tended to the cuts two or three times in breaks at practice and then watched as Head returned to work.

Chambless said Smith is similar in that he doesn't give up. Head saw it in Smith every day at practice, which explains why he was willing to speak up on behalf of his teammate.

The only thing left for Smith to do now is to speak up for Head and tell him when he is going to take him out to his favorite eatery in West Point. Head said the all-you can-eat buffet at Golden Corral or Ryan's are his top choices when the date is set.

"That's fine with me," Smith said.

Either establishment better stock up when that times comes because Head's hard work and Smith's relentless effort are sure to build big appetites.