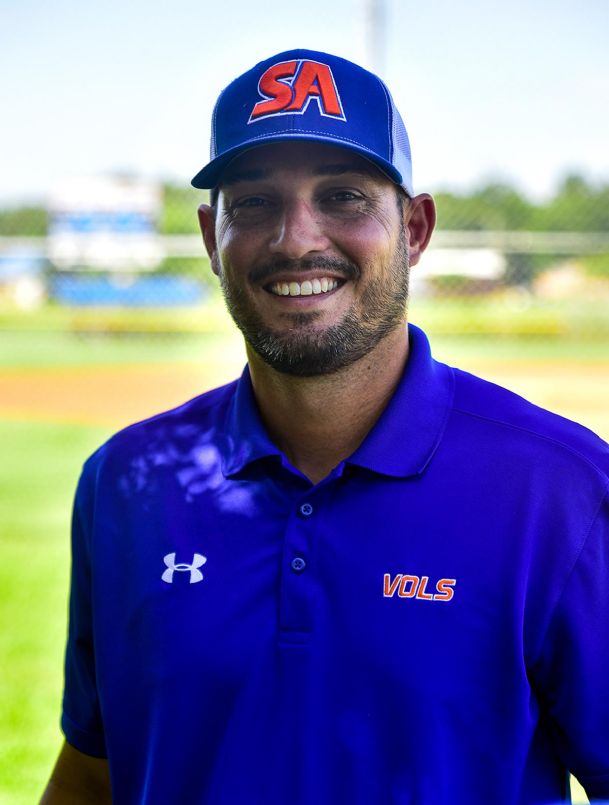 More than 10 years ago, Berkery was in Frisco, Texas, with the Texas Rangers' AA affiliate preparing for another season, a campaign that turned out to be his last in professional baseball.

Berkery, a former baseball standout at Mississippi State, joked Tuesday about the similarities between his final picture day in the minor leagues and his first one as a coach at Starkville Academy. Hired in May to be the school's new baseball and fast-pitch softball coach, Berkery's girls were the first members of a fall sports team to kick off a day filled with pictures.

"It certainly is a lot different, but this has been fun," Berkery said. "These girls are a lot of fun, and they're ready. It is pretty cool. They are very active and are keeping me on my toes."

Berkery and the Lady Volunteers still have a few more weeks before the team kicks off its season July 3t against Oak Hill Academy in West Point. Berkery said the team has been working three times a week for the past few weeks in an effort to transform a program that won two games last season.

Berkery, who takes over for Rob Barron, inherits a roster with 15 players and a lot of youth. He said the players are all hungry to learn and to get better, which has made his first experience coaching a softball team even more fun.

"I was talking to Vann Stuedeman the other day and she said (softball) is the same game (as baseball) except the short game (in softball) is different," Berkery said. "You have to throw strikes, make plays, and hit bombs. That is what she said. I like all of that stuff."

Berkery joked he likes the "hitting bombs" part of that equation the best, which shouldn't be surprising. Berkery, who is from Sarasota, Florida, had two scholarship offers out of high school before he decided to sign with MSU. He redshirted his first year on campus and hit .260 as a freshman. In 2006, he won the regular-season batting title by hitting .393. He concluded his career in the NCAA tournament's Clemson Regional and hit a Southeastern Conference-best .383. He earned second-team Collegiate Baseball/Louisville Slugger All-America honors and was a first-team All-SEC selection. Berkery also won the 2006 Ferriss Trophy as the top college baseball player in the state of Mississippi.

In addition to owning The Swing, a 10,000-square foot facility on Industrial Road in Starkville, where he and other instructors give lessons for baseball and softball, Berkery coaches his son's travel ball team as part of the Swing Elite organization based in Starkville.

Berkery said he reached out to Stuedeman to see if she could help him find coaching help. He said there is a possibility one or multiple MSU players could help him this season.

Until then, Berkery will continue to build relationships with his players, to teach skills he learned, and to build a program in a sport while he learns, too. He feels coaching girls and softball will help him broaden his horizons and make him a better coach.

"They are all in," Berkery said. "They are giving me every sign that they are going to attempt to try to get better and work on stuff.

"I think you're going to see a big improvement because they're willing to put in the work, and so am I. I am looking forward to getting out there."