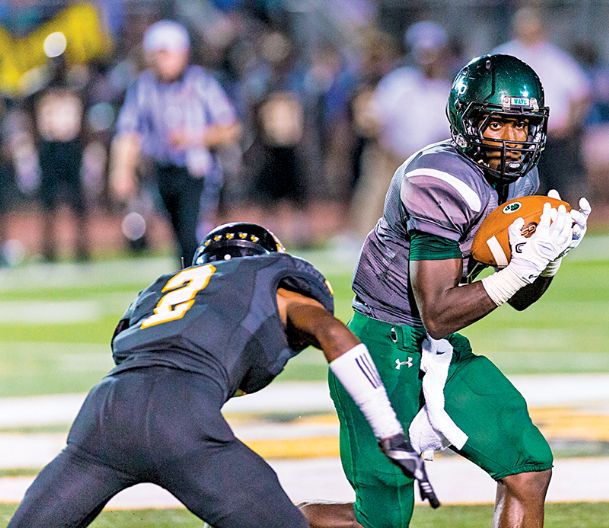 "These are great games for the fans and the schools always make a lot of money," Chambless said. "The best thing, though, is still the competition. Starkville and Columbus are considered two of the teams to beat in 6A. Noxubee County has won the last two state championships in 4A. These are the games that make you better."

Noxubee County has also been known for a killer non-region schedule. The Tigers already have faced three Class 6A opponents (Starkville, Columbus, and Meridian). Coach Tyrone Shorter also likes the short distance for his fans to travel to see a quality game.

"We always try to face the best opponents we can," Shorter said. "That is how you grow as a football team. I think our fans get excited about playing some of the named powers in this state. It adds to the excitement of game week. Really, it makes every game matter throughout the season."

In Class 5A, West Point plays seven region games, with many being a long distance from home. The ability to play a handful of games early within easy driving distance is a big plus for the fans. On the field, the fans enjoy getting to face players they know from camps or maybe even church.

"Very excited about the opportunity to play Noxubee County," said West Point junior running back/quarterback Marcus Murphy, a Mississippi State commitment. "This is a great opportunity to really develop as a team. You get to face some really good players on the other side of the field.

"Each year, we feel like we are ready for the region games, because of who we played to start the season. If you can compete with a Starkville or beat a Columbus, you know you can play with anybody in 5A."

West Point will look for better offensive production against Noxubee County. Through three games, West Point is averaging 263 yards per game. Despite only 225 yards of total offense, West Point's defense saved the day last week in a 17-13 win at Columbus.

"It's all about one big play," West Point senior wide receiver Demarrio Edwards said. "We feel like we have one of the best defenses in the state. We just have to play hard for four quarters and find a way to make a few big plays. I think the biggest thing this season is just becoming more consistent. It hasn't been penalties or turnovers, we just lack execution throughout a drive."

Through three games, Knight has completed 11 passes for 171 yards. Those numbers figure to improve in region play as Knight becomes more familiar with his teammates.

On defense, West Point has played solid. Columbus managed eight trips into the red zone but came away with only one touchdown and two field goals.

"The defense is playing with a lot of confidence," West Point senior cornerback Trevino Harris said. "The communication is really good. Some guys have moved around this year, but we have been making the stop when we need it most."

Chambless was quick to praise his defense and special teams unit after last week's win. Murphy had a big 50-yard kickoff return to set up the eventual game-winning touchdown from Knight to Edwards.

The veteran coach knows what part of the puzzle is missing. He also knows that problem can be fixed quickly.

"We really have to give ourselves a chance on offense," Chambless said. "We have to find a little confidence. We need to make that one extra block. We are close. Playing a quality team like Noxubee County can only make us better on that side of the ball."