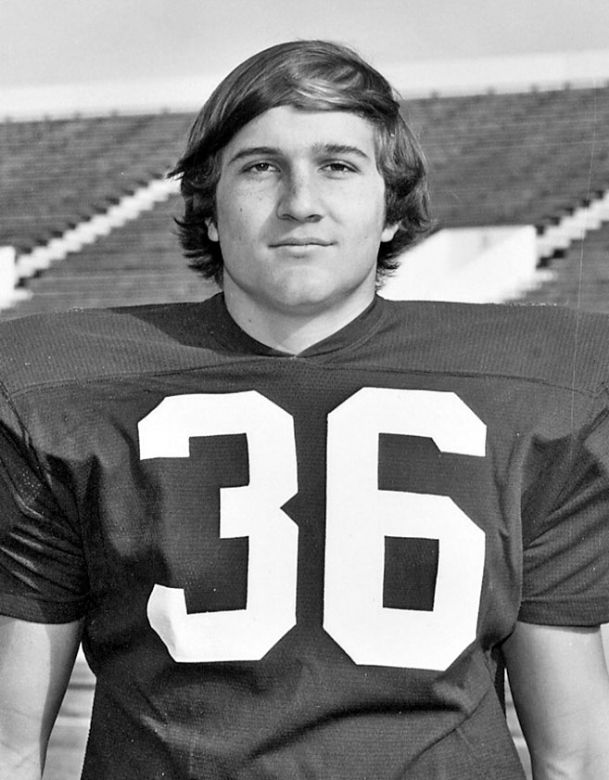 Bob Tyler has seen a lot of football players in his coaching career.

Athletes the caliber of Stan Black don’t come along too often, which is why Tyler, who at the time was the football coach at Mississippi State, was eager to visit Heritage Academy in Columbus to watch Black play.

“He was outstanding,” Tyler said earlier this week from his home in Water Valley. “He could do anything a coach asked him to do and he worked so hard to get it right.”

Football memories about Black were just part of the remembrances numerous people shared with The Dispatch this week following the death of the former MSU All-American in a roadside vehicle accident Aug. 24 north of Canton. He was 62.

Black, who was from Columbus and later moved to Madison, was a two-time All-Southeastern Conference safety and an All-American at MSU in 1976. From 1973-76, Black had 196 tackles and four interceptions. He was a member of MSU’s 1974 Sun Bowl team that finished 9-3 and ranked No. 17 in The Associated Press’ final poll.

“He was a wonderful young man to coach,” said Tyler, who was head coach at MSU from 1973-77. “He was so eager, so smart, and so talented. He was a champion in every way.”

Black began his career at safety in 1973 and moved to wide receiver in 1974. He had 14 receptions for 266 yards and four touchdowns. He moved back to safety in 1975 and earned second-team All-SEC honors from The AP. He had 105 tackles and a team-best three interceptions.

Black earned All-America accolades and first-team All-SEC recognition from The AP and United Press International (UPI) as a senior in 1976.

Black became the first Bulldog selected in the 1977 NFL draft when the San Francisco 49ers called him in the fourth round with the 100th overall pick.

Tyler said the Bulldogs recruited a lot of good athletes during his tenure as MSU’s head coach, but he said Black was included in the handful of “extraordinary athletes” who came to Starkville. He said it was a “windfall to suddenly get a player of his caliber, strength, size, speed, and personality. He was just coachable.”

Tyler said part of Black’s personality was to give everything he had in everything he did. He said that’s why Black was able to play multiple roles — and on both sides of the football. Tyler, who coached for 31 years, said he saw a sign of readiness or eagerness on Black’s face that he was prepared to accept any challenge. He said he recalled seeing that same look on Black’s face years later after he ran into him in Jackson and he learned one of Black’s daughters was going to attend Ole Miss.

Stratton Karatassos, who served two decades as head athletic trainer at MSU and went on to become associate athletic director for development in the Bulldog Club, worked with the football team when Black was at MSU. He said Black was a “bigger-than-life guy” who was known for his competitiveness.

“I will always remember as one for the toughest guys I ever met, emotionally and physically. It is hard to tell you how much love and respect I have for Stan. There will only be One 36. That will be Stan.”

Black was born Nov. 12, 1955, in Greenville. He spent the majority of his childhood in Columbus, where he played football, basketball, and baseball and competed in track and field. He started his high school career at S.D. Lee High before transferring to Heritage Academy for his final two years.

Black and his wife, Nancy, had three daughters, Parker, Taylor, and Ross. He and his wife founded Bulldog Construction more than 25 years ago. The company worked on numerous commercial construction projects throughout the state of Mississippi.

Black was buried at Parkway Memorial Cemetery in Ridgeland.