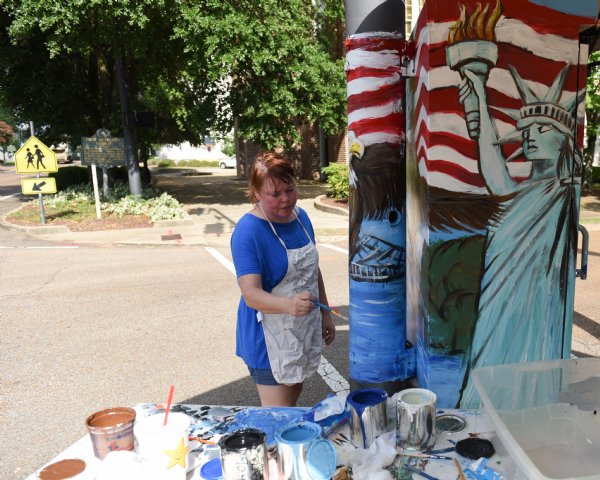 Amy Ballard spent four afternoons making the utility box at the intersection of Main Street and 6th Street a bit more patriotic. The local artist painted an eagle, the Statue of Liberty, the American flag and a magnolia on the box. 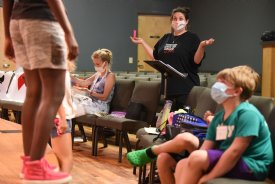 Campers explored theater, music and dance all week during the Atmos Energy Summer Arts Academy at the Columbus Arts Council. They spent Thursday afternoon practicing their improv skills. The campers will have a performance for their parents on Friday. 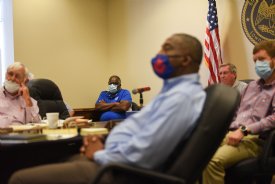 The Lowndes County Board of Supervisors met on Wednesday to hear from four concerned citizens, who all asked for District 1 Supervisor Harry Sanders resignation, and to discuss making a county-wide mask requirement. 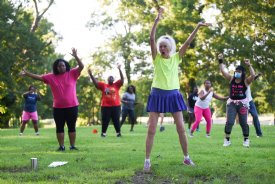 Bonnie Partridge hosted a free Zumba class at the River Walk Soccer Complex in Columbus on Tuesday evening. About 25 people came to follow along to upbeat music as the sun went down. 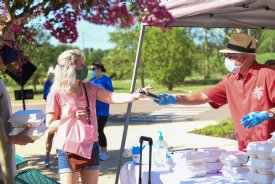 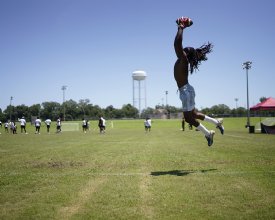 Football players of all ages attended the Jeffery Simmons Football Camp on Saturday at the Starkville Sportsplex. 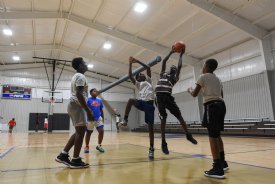 Crawford Community Center reopening gets boys back in the game

After over a year of dealing with a leaky roof and ripped up floor, the Crawford Community Center had its grand reopening on Monday and has since been put to good use. Over two dozen boys from Crawford and surrounding towns took to the court on Thursday. 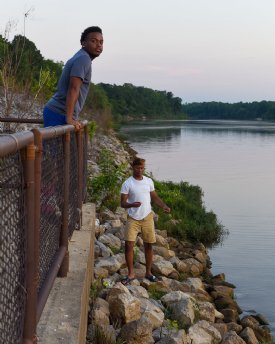 Three young people spend a summer evening skipping rocks, watching the sunset and dancing on June 18 at the Tom Bevill Lock and Dam in Pickensville. 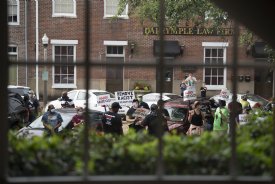 About 100 people protested outside the Lowndes County Courthouse during the supervisors meeting on Monday morning. This marked the third gathering calling for District 1 Supervisor Harry Sanders resignation. 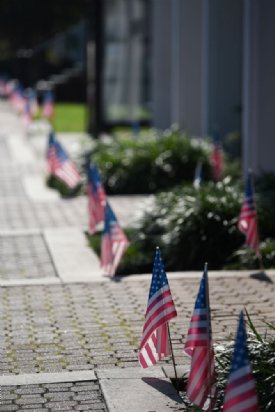 This years Fourth of July celebrations looked a little different due to the COVID-19 pandemic but were no less festive. Instead of large gatherings, families celebrated with small cookouts and quick outings. 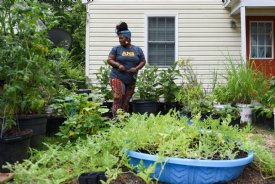 An evening in Ominis garden

Omini Parks and her daughter Gibson, 5, repot tomatoes on Thursday in their driveway garden in Starkville. Parks started the vegetable garden as an educational activity and has kept it going to minimize trips to the store amid the COVID-19 pandemic. 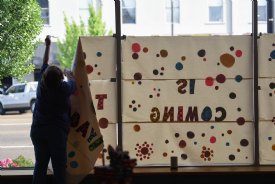 People donned masks to attend the opening night of the Elayne Goodman gallery exhibit at the Rosenzweig Arts Center in Columbus. Goodman is a local folk artist who creatively repurposes materials found at auctions and junk shops. 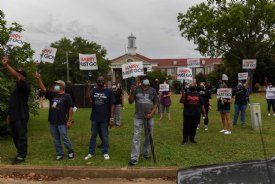 More than 70 people gathered for the second time in the last two weeks to demand District 1 Supervisor Harry Sanders resignation on Tuesday outside the Lowndes County Courthouse.