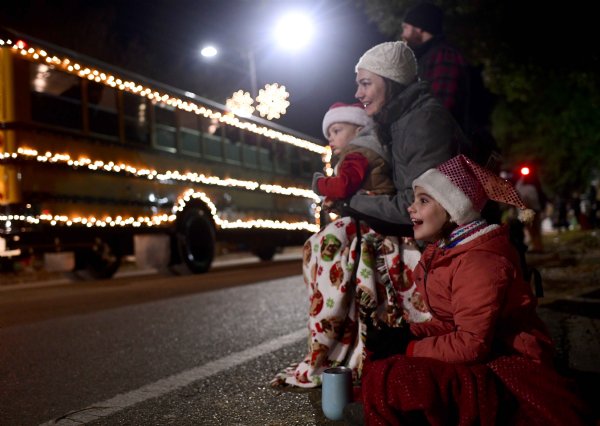 Rhyn Wilson, 8, watches the Christmas parade with her parents Nathan and Elise Wilson, and little brothers Rhys Wilson, 5, and Riley Wilson, 1, Dec. 2 in Columbus. Its the grinch, she yelled as the Zion Church float went by a moment later. 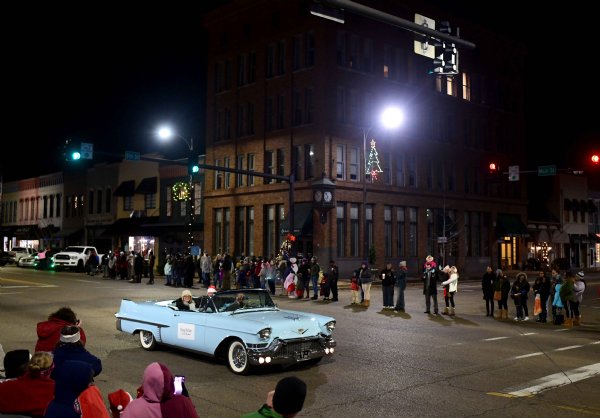 Columbus Christmas Parade Grand Marshal Doug Pellum helps lead off the parade with his wife Stephanie Pellum on Dec. 2 along Main St. in Columbus. Pellum was chosen to be the grand marshal for his philanthropic efforts around the Golden Triangle. He is the owner/operator of Zackarys Restaurant in Columbus. 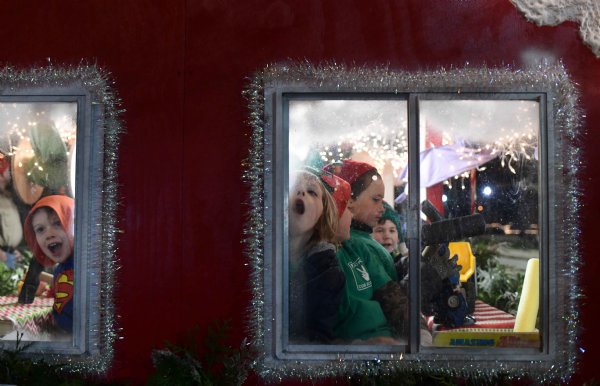 Nicholas Edwards, 7, left, son of David and Samantha Edwards and Elliot Lewis, 5, right, son of Ryan and Haley Lewis look out the windows of the Boy Scouts float while waiting for the Columbus Christmas Parade to begin on Dec. 2 by the Columbus Soccer Complex. 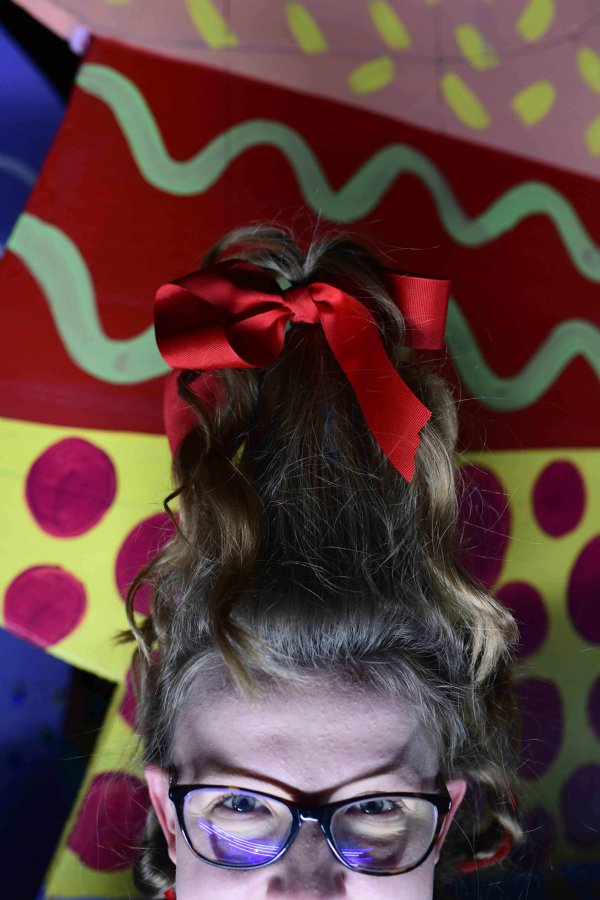 Ashlynne Hollis, 15, daughter of Wendy Hollis and Roy Hollis, sits on the Zion Church float while waiting for the Columbus Christmas Parade to start Dec. 2 at the Columbus Soccer Complex. Hollis aunt did her hair like Cindy Lou Who from How the Grinch Stole Christmas to fit with the churchs Dr. Seuss themed float. 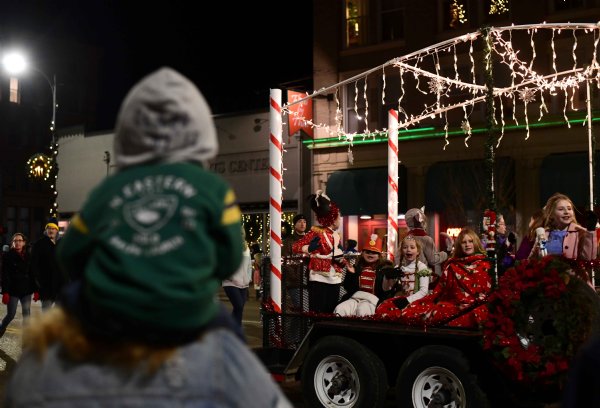 The Columbus Girl Scouts wave to onlookers as they ride down Main St. on their Nutcracker themed float Dec. 2 in Columbus. 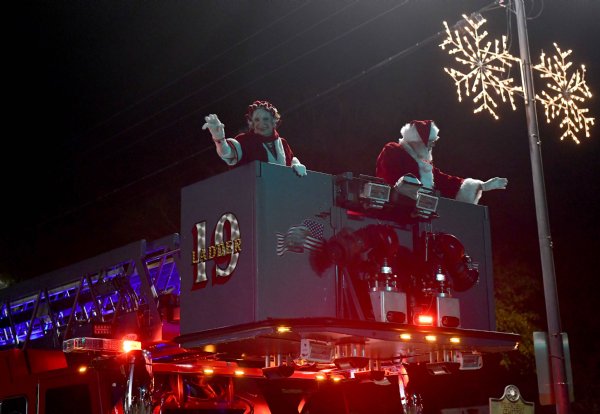 Santa and Mix Claus wave from the bucket of a Columbus Fire Department truck during the Christmas parade Dec. 2 along Main St.