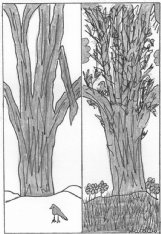 As fast as the winter ice storm arrived it left. On a hilly gravel road out here in the Prairie there had been little or no traffic for a week.

At 1.13 billion, timber is the third biggest agricultural crop in Mississippi, behind poultry/eggs at $2.16 billion and soybeans at $1.21 billion.

The other day I was reminiscing with Newell Robinson, a friend from childhood. We hadn't talked in decades. Newell, whose father, Dr. Jo Robinson, was a pediatrician here for many years, is a heart surgeon practicing in New York.

Jabe Nicholson: Win some by being winsome

Recently I've been bombarded with questions from people who are deeply concerned about raising their children in a nation increasingly hostile to Christianity and its values.

A headline in the April 27, 1839, Columbus Democrat read, "Daring and Atrocious Murder." The news account began, "One of the most daring and outrageous acts of villainy in the annals of crime was perpetuated a few miles from our town."

If the Mississippi Senate signs off on HB1439, we will be Kansas.

While most every Kindergartener starts school with the same, basic curricula, it doesn't take long before the options diverge. Many of these options are based on gender.

Sherry Ivy: The importance of thinking before you speak

We have to be very careful what we speak because our words have power. We can speak death or life into our situation.

As I glanced out the window birds were gathering around the cracked corn, I had tossed out earlier in the day. Amid the freezing ice and snow and scarcity of food I heard a bird singing.

I've written before about how the Riverwalk is not only a touch of natural beauty at the edge of downtown but also a place steeped in history. Much of that history is the Black history of Columbus.