Voice of the people: Who will speak for everyone else?

Hurricane Sally has just pummeled the Florida Panhandle and the coasts of Mississippi and Alabama. 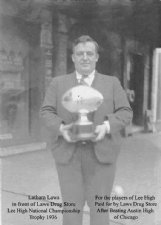 Lee High School of Columbus was the mythical National High School Champions in football in 1936.

The notice on the door of the Lowndes County WIC Distribution Center had some good news for Carli Hankey of New Hope.

For a day or so, it looked as though Hurricane Sally would touch down on the Mississippi Coast. By Monday, the storm had already entered the gulf and seemed to pause there as if deciding which direction to take.

Other Editors: Spending haste is asking for waste

When Congress earlier this year enacted several trillion dollars worth of COVID-19 relief funding, it wanted to be sure the money got spent quickly.

This week, I had the great honor and privilege of observing history. I was blessed to be a guest of the White House and witness the signing of the momentous peace agreement between Israel and two Arab nations: Bahrain and the United Arab Emirates.

Our View: Both sides valid in county tax squabble; state should clarify

Voice of the people: James Hodges

Jeff Robbins: Time for congress to investigate the performance of health care executives

After the 2008 economic collapse, the U.S. Senate Permanent Subcommittee on Investigations launched a series of inquiries aimed at exposing the rot underlying the financial services industry.

Our View: A continuing recognition of unity

Voice of the people: Roger Wade

"There is no... sound reason for the United States to continue sacrificing precious lives and treasure in a conflict not directly connected to our safety or other vital national interests." So said William Ruger about Afghanistan, our longest war.

1. Voice of the people: James Hodges LETTERS TO THE EDITOR ([email protected])

2. Leonard Pitts Jr.: Can we still be a country? NATIONAL COLUMNS

5. Other Editors: Forget what they said in 2016 NATIONAL COLUMNS