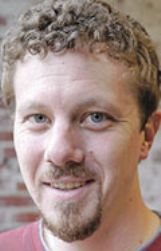 Home Base: A very COVID kickoff

It's a balmy 76 degrees on a beautiful mid-October Saturday on a Southeastern Conference university campus. The 11 a.m. kickoff is about 20 minutes away.

Posted yesterday in Letters to the Editor ([email protected])

Voice of the people: James Hodges

Posted yesterday in Letters to the Editor ([email protected])

Last week I received a Wall Street Journal article written by Ellen Byron from a friend. The article reported an increase in sales of calendars and personal planners, day-timers, notebooks and other means of keeping a schedule.

Voice of the people: Cheryl Arnold

World, take my son by the hand ­-- he starts school today! It is all going to be strange and new to him for a while, and I wish you would sort of treat him gently.

Columbus' Friendship Cemetery is most noted for its association with the Civil War and Memorial Day, but there is a lot more history than that to be found there.

Our View: Schools should be transparent with virus information

When Vice President Calvin Coolidge ascended to the presidency on the death of Warren Harding in 1923, a wag remarked that Silent Cal's career had exhibited unmistakable signs of celestial intervention.

Voice of the people: Bill Gillmore

Other Editors: A prayer for Beirut

Froma Harrop: How America got so inferior

Europe took dramatic steps to contain the coronavirus pandemic. Its shutdowns were so tight that the eurozone economy has fallen into a recession even deeper than ours.

2. Voice of the people: Lee Roy Lollar LETTERS TO THE EDITOR ([email protected])

3. Voice of the people: James Hodges LETTERS TO THE EDITOR ([email protected])