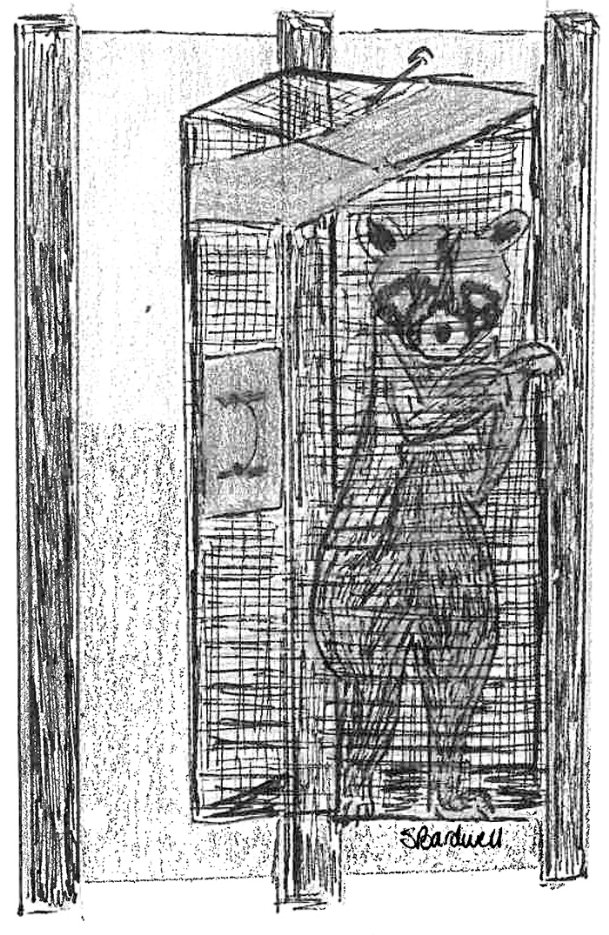 "Country life has its advantages, 'he used to say.' You sit on the veranda drinking tea and your ducklings swim on the pond, and everything smells good ... and there are gooseberries."

The longer we stay home sheltering the more I start feeling like a farm girl. If there had to be a sheltering time, spring and summer seasons were good choices. The grass gets mowed more often, the fields get bushhogged regularly. Birds are in their nesting places as we try to keep the cats away. The hummingbirds feed with a vengeance. We do some bird watching though we're not really good at it. Sam says he thinks we have correctly identified the little brown bird, the black bird, the blue bird, the red bird and the yellow bird.

The shrubs are green, the flowers bloom and the trees are lush. The bream are bedding up. If you've never seen a bream bed it's quite interesting. Looking through clear water, the beds look like you'd imagine moon craters. That small fish swishes its tail like a broom clearing away debris until she has a nice round circle. It's there she'll lay her eggs. She'll diligently swim in circles around her bed to ward off predators like a larger bass.

One morning while I was sipping coffee on the front porch the lone doe appeared. She was nibbling along the grass, moseying toward the pear tree. I sat still as a mouse and watched. Surprisingly, she came right up to the tree then looked over at me. She stomped her hoof once and stayed her ground. I stayed mine. I guess she decided I wasn't safe enough so she snorted and ran toward the woods. I wondered if she might be the mother of the twin fawns. She'll be back for sweet pears, I'm sure.

Another morning I joined Sam in the garage, noticing he was standing there smiling. "Did you see that?" He pointed to one of my no-kill traps hanging on the wall. There inside the trap was a raccoon standing up and looking at us. He was pretty cute. But how on earth did he lower himself into the trap and hit the trigger plate closing the trapdoor? He was quiet and sweet and I could see why folks would want one for a pet. It is illegal to own a wild animal in Mississippi, even if we wanted to keep him. He didn't really look that wild.

As usual we released him and watched him running around a tree trunk and peering back at us; we said our goodbyes and he took off. There's no figuring how he managed to get himself in that trap and set it off.

We had two bare spots in the front yard that never seemed to amount to much. I know the Extension horticulturist said don't plant things where nothing grows, but we keep trying anyway. This time Sam built up a flower bed with bricks and new soil. I purchased some plants and repurposed a rosemary bush that was failing. So far, so good.

We'd probably miss a lot of the farm life if we weren't sheltering. No telling how long that raccoon would have hung on the wall.