Possumhaw: His banner over me is love 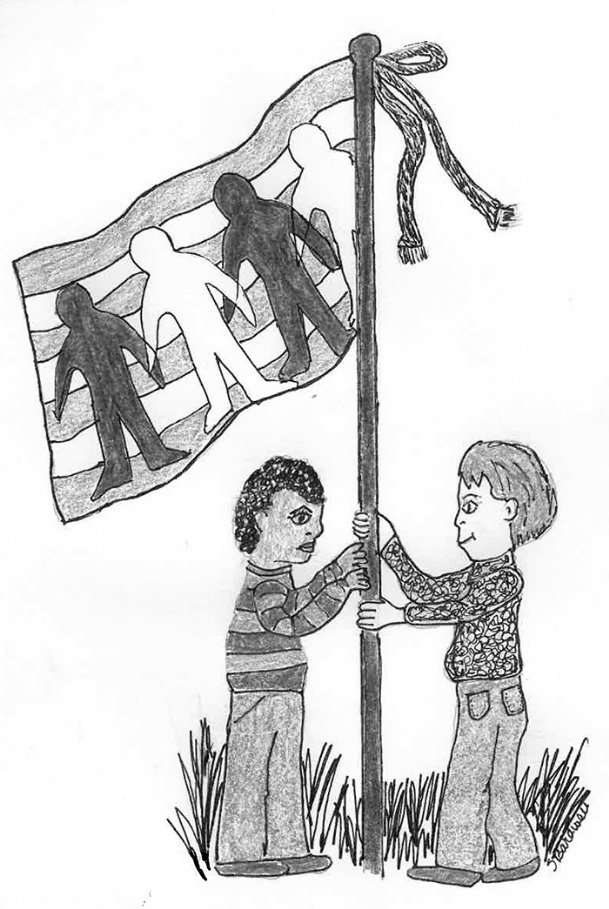 Dedicated to the late, great Willis Pope, who always wanted Possumhaw to be about something.

The day passed hardly without my notice when on June 14, I opened a devotional reading titled "Rallying to the Flag." The American flag that reigned over my mailbox had been whipped to smithereens by the wind. I also suspect on windy days depending on the wind's direction the flag also whipped into the face of the mail delivery lady. She had to have been annoyed but never complained. Finally, we ceremonially removed the flag and replaced it with a much, much, smaller, friendlier American flag taped to one side of the mailbox. I like the patriotic idea of an American flag.

Opening the devotional, I read with interest the meaning of flags as described by the author, Stephen R. Clark. Clark wrote, "In Biblical times, a banner or flag was used as a rallying point. As they wandered in the desert, each family of the Children of Israel had a unique banner. These banners helped keep them organized and focused. In battle, the flag is used to rally the troops and lead them into battle, as well as to mark won territory. As school children we pledge our allegiance to the flag. Politicians campaign in front of large banners bearing slogans and promises. We adorn our homes with seasonal flags as entertaining decorations.

Throughout our lives, banners and flags declare our interests, intentions, concerns, promises, loyalties, and more. While some flags come and go, one remains above all others.

Unlike the failed slogans of politicians, God's promises and love remain steadfast. Song of Solomon 2:4 states about God '...his banner over me is love.' He is both rallying point and covering. Flags and banners declare your allegiances and serve as inspiration and encouragement as you face the challenges of life."

In light of current events I've spent a good bit of time thinking about the significance of flags, of what they mean, and what they say about us. Our family does not have a family flag like the Children of Israel. I would say we do not need a flag to keep us organized and focused. We need no flag to rally the troops, nor to be led into battle; certainly not to mark out our territory. We have no flag other than the American flag to pledge our allegiance. We're not politicians. We don't even hang out seasonal or holiday flags.

If there was a flag declaring "our interests, intentions, concerns, promises, loyalties, and more" I would say Sam and I would both agree on the Christian flag. Sam would probably want a flag with crappie fish and fishing boats, maybe a 1969 Chevelle automobile, a Mississippi State bulldog flag-we'd both agree on a bulldog flag. I would like a lot of flags-cats, birds, nature, flowers, gardens, Southern authors, and book flags come to mind.

So, if it's true some flags come and go, the important thing is to decide who you are today and what banner do you want flying over you, over your family, and over your friends.