Possumhaw: Mystery in the making 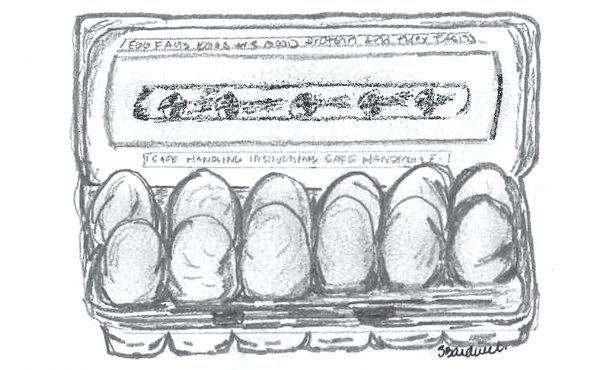 "If you know anything about ducks, you know a baby duck will imprint itself on you. It misses its mother."

Gazing out the sunroom window I noticed movement in the garden's raised bed. Just over the top of the railroad tie, something brown went around and around. I stared for minutes, watching and thinking what it might be. My thoughts ran mostly to squirrels. Perhaps it was the back of a squirrel and he was digging in the flowerbed. Maybe to hide an acorn or to dig one up. It flipped over and over again. Maybe it was his tail. Leaning into the den, I asked Sam, "You want to see something strange? I can't quite make out what it is."

Sam readily joined me at the window. Still, neither of us could make out what it might be. Sam decided to go outside and take a look while I remained at the window. Within a few steps from the raised bed Sam stopped and turned back. For one moment I was a bit alarmed, but then saw his smile. Once he was inside I asked, "What was it?"

"A duck," he said, "building her nest." Our white Pekin duck was building a nest in the flowerbed by hollowing out a small spot in the dirt. The brown we saw was her throwing dead leaves up and out of the hollow. A while later I could see her white head and orange bill just above the railroad ties. While I went ahead with inside chores, Sam moved on to outside duties. I checked on her once again from the window. She was slightly opening and shutting her bill, not making a sound. I decided she was practicing her Lamaze breathing.

Much later I walked outside to check and found her gone. The duck was gone, but there were four nicely-laid eggs. I gathered them and returned to the house to wash them and put them away. The two Pekins, Helen and Hilda, regularly lay eggs, but we usually find them in various places and broken. Unfortunately, eggs are a delicacy to many critters here in the Prairie. Duck eggs are a healthy bit larger than chicken eggs, and their yolk is a deep orange. They look a bit ridiculous in the chicken egg carton.

A few weeks before I had found another nest in another flower bed and had collected those eggs. There were also four. The first four eggs had provided our broccoli and cheese quiche. The ducks are offering a home-delivery egg service. Perhaps since we are homebound so much more than usual, we are more available to see the ducks and find their eggs.

A neighbor gave me my first Pekins; they were adults. Later I purchased ducklings. I knew nothing about raising ducks. I raised the ducklings in the spare bathroom until they could be moved to an outdoor pen. I taught them to swim in a baby swimming pool. Regardless of what is said about ducks, swimming did not come naturally. Seven years ago Helen and Hilda were released to the lake. They have a floating platform for protection from night predators. A platform and my prayers.

3. Mona Charen: It's not about principles NATIONAL COLUMNS

4. Voice of the people: David Chism LETTERS TO THE EDITOR ([email protected])