Possumhaw: Save for mothers, who would be here? 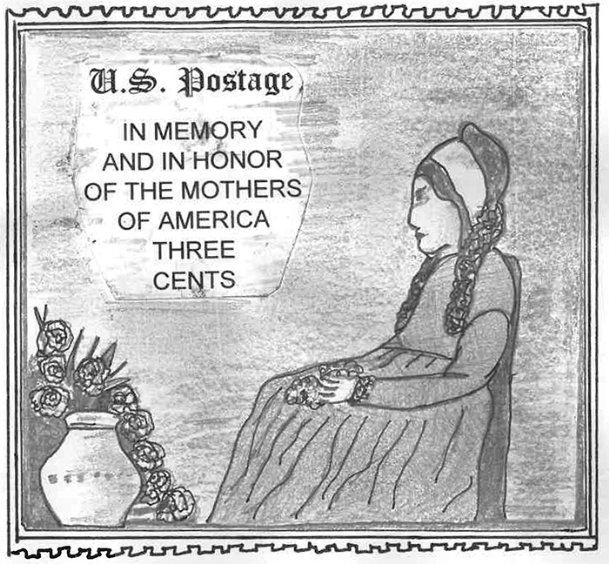 "Life holds no more guarantees for me, or you, than it did for Mrs. Sharp over a century ago, yet she faced each day determined to create a work of art: a serene haven of comfort and joy for her family and herself. May we all be so blessed."

"Mrs. Sharp's Traditions" initial printing was in 1990; the reprint and revision in 2001. I had the good fortune to find a copy. Page 129 describes Mother's Day traditions. I imagined Victorian-like cards, ribbons and lace, mothers in long dresses holding round-faced babies, and a toddler with hair in golden ringlets at the knee. However, like a perfectly wrapped gift box, what was inside was not exactly as I expected. I had assumed Mother's Day had always been the holiday as we now know it, but there was a time when Mother's Day meant something entirely different, and quite controversial at that.

Mothering Sunday in England in the 1600s was celebrated on the fourth Sunday of Lent. It was a church gathering. The celebration was for child laborers and domestic workers to return to their homes to visit their mothers and attend the church of their baptism. It was entirely a religious holiday and is still celebrated by many churches in Ireland and the U.K.

In America amid the 19th century, Ann Maria Jarvis was a social activist who started "Mother's Day Work Clubs" to raise money for medicine and hired help for mothers with tuberculosis. Ann had lost eight of her 12 children before they were adults, four from tuberculosis.

During the Civil War she tended wounded soldiers, both Union and Confederate, and advocated other mothers do the same as they would for their own child. She started "Mother's Peace Day" to call mothers from both sides to reconciliation. Ann continued in active community service until she died in 1905. Ann's daughter, Anna, arranged a small memorial service honoring her mother in 1907. She purchased 500 white carnations for the occasion, her mother's favorite.

Anna was avid that there should be a national "Mother's Day" holiday and campaigned tirelessly for its establishment. Her idea was to have a personal holiday where children and others celebrate the natural bonds of family, motherhood and mothers' influence in society.

In 1914 Anna convinced President Woodrow Wilson to issue a proclamation "as a public expression of love and reverence for the mothers of our country." The President established the second Sunday of May as Mother's Day. In 1934 a commemorative postage stamp honored Ann Jarvis.

"Mother's Day" was quickly taken over by commercial and political influences that enraged Anna. She worked the rest of her life to have the holiday rescinded. Her idea was to give our mothers a simple gift and to allow mothers a day off from cooking and chores. Reportedly, Anna died in a sanitarium with her medical bills and expenses paid by the florist and greeting card industries.

Mrs. Sharp encourages her own tradition: "No matter how the day turns out, from now on you will observe Mother's Day in your own special way, by reflecting on the intangible joys that come from being a mother. Celebrate yourself."