Possumhaw: Old man in the ER 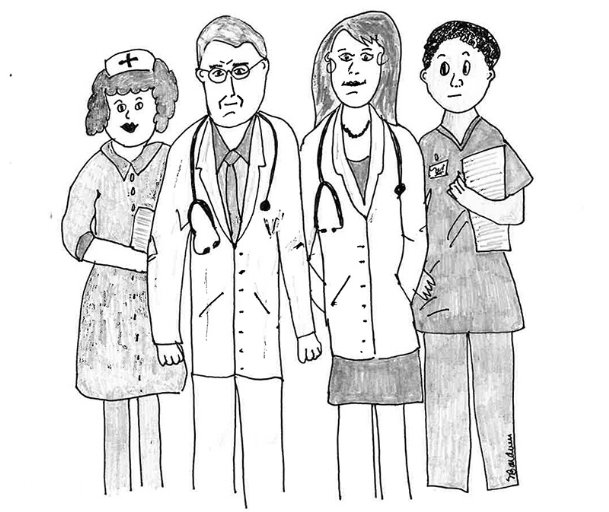 "Greater love hath no man than this, that a man lay down his life for his friends."

Why I didn't think of it before, I don't know. Actually, I thought Philip would be retired by now. I haven't seen him in years, though I still get his travel logs where he spends long leisurely vacations in exotic places when he's not on a medical mission trip. I also get his annual April Fool's joke, which I fall for every year -- except when he says he met someone wonderful and got married. No one gets married that many times.

I texted him, "Hey, just checking on you. You are retired now, right?" He answered almost immediately, "No, I'm not retired. In fact, I'm in the ER right now. I'm pulling a 12-hour shift today and tomorrow."

There's nothing you can say, nothing will change the gray-haired doctor's mind. Philip knows exactly what he's dealing with and who he is. He continued, "I've dealt with a lot of infectious diseases." I know he's referring to those medical missions treating people in primitive conditions with inadequate supplies. But ER is frontline, hands-on trauma, and there's a virus with no cure.

In 2013 I copied one of Philip's letters for this column. I searched the letter out because I thought his words then might be comforting now. If nothing else, I wanted to hear them for myself. He said:

"I traveled to India where I met a man with no fingers. Leprosy had eaten away the digits, bite by bite, until only a nub or two wiggled helplessly, like an earthworm severed by a garden shovel. The government provided him with a small cement room, smaller than my bedroom closet, though it had no rug or door. Its furnishings -- a mat on a rope, frame, and a box for his clothes. No income, no electricity, no running water, no air conditioning, his smile showed graceful contentment with his life. He spent his days enjoying the sunshine, walks in the garden and talking with friends.

"Albert Einstein, Leonardo da Vinci and Thomas Edison all had dyslexia. Stephen Hawking's ALS would be considered totally disabling by most. Even Moses from the Bible, a fellow who freed a nation, was afflicted with severe stuttering. We are all human, living in our times and circumstances, all with both good and bad fortunes. Opportunities abound, fruit ripe for the plucking, requiring only the efforts and determination to reach our goals.

"No one is perfect, or knows everything, or accomplishes all of which they dream ,,, many of us suffer from headaches, diabetes or other distracting illnesses. These are real encumbrances. Yet they are merely that, challenges to overcome to give us impetus to accomplish our goals."

Gracefully content. A day in the sunshine. A walk in the garden. "Texting" with friends. I'm committed to remember the leper and to pray for Philip and all the other doctors, nurses, first responders and leaders, and to be ever thankful for their skill, dedication and courage.

2. Voice of the people: Paul Mack LETTERS TO THE EDITOR ([email protected])

3. Voice of the people: Cheryl Arnold LETTERS TO THE EDITOR ([email protected])

4. Froma Harrop: What does it really mean to be pro-life? NATIONAL COLUMNS